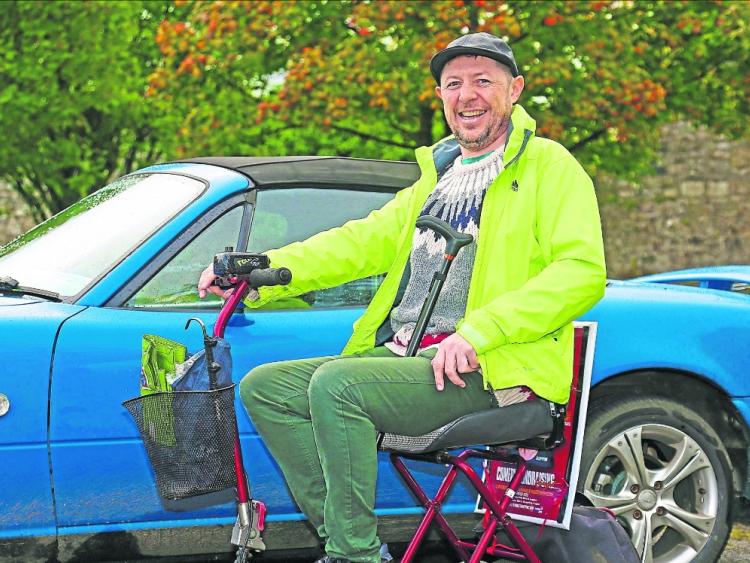 Stephen Garland (45) needs to raise €70,000 so that he can receive specialised treatment for MS in Russia

Granard man Stephen Garland who returned from Russia six months ago after receiving treatment for MS is holding a celebration for all those who helped and supported him during his journey.

“People contributed so generously in my efforts to raise the funds to get to Russia for the treatment and this is my chance to say thanks en masse,” he told the Leader on Monday.

“It has been an unbelievable journey for me and the treatment I received is working.”

Meanwhile, Stephen and his family set up an online campaign last year to help gather the necessary funds for the journey to Russia and the subsequent stem cell therapy after he was diagnosed with the PPMS strain of MS which is regarded as the least common type of the illness and without cure or treatment, in 2016.

The Granard man had come across the AA Maximov Hematology and Cell Therapy Department of the National Pirogov Medical Surgical Centre in Russia while reading a local newspaper and he subsequently discovered that it specialised in the state-of-the-art treatment of hematological, oncological and autoimmune diseases.

Read Also:  Longford Lives: From Granard to Russia in the fight against MS

After completing his research and raising the necessary funds, Stephen flew to Russia in November where he underwent therapy that has now prevented the progression of his illness.

“Six months later I feel the treatment has stopped my MS,” he added.
“The treatment has kept me out of a wheelchair and prevented the progression of the disease. So it’s party time!.”

A massive party is now planned for Fay’s Bar in Granard on May 25 next where ‘The Lost Boys’ will provide the musical entertainment on the night.

“The Lost Boys' collectively rocked a packed Fay's last time round in November and they are back to do it all again on the night,” smiled Stephen, before pointing out that it was a night he was really looking forward to.

“I want to thank everyone for everything they did to help and support me; it has been an unbelievable journey.”