Longford Lives: From Granard to Russia in the fight against MS 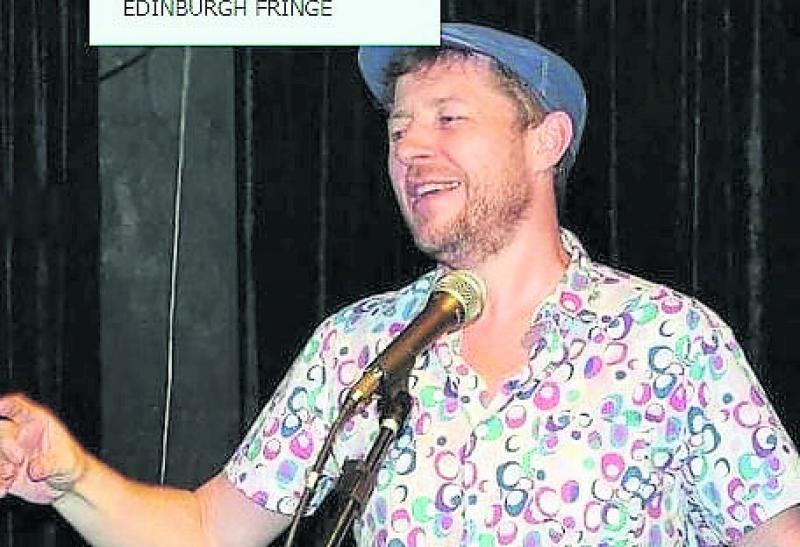 Longford man Stephen Garland, who has been diagnosed with Multiple Sclerosis, aims to raise €70,000 for treatment in Russia.

Longford man Stephen Garland, who has been diagnosed with Multiple Sclerosis, aims to raise €70,000 for treatment in Russia.

The latter half of this saying applies to Granard native Stephen Garland (45) who was diagnosed with Multiple Sclerosis (MS) back in 2015.

He had been ill for five years before finally getting to the crux of of the matter and is now fundraising with gusto so that he can access specialised treatment in Russia.

Although it’s 25 years since he left Ireland and set down roots in Spain and Brazil, in recent times he moved back home and now resides in Longford town with his wife Valeska Magalhães.

He played football for Granard and was president of Barcelona Gaels for five years.

Stephen has set up an online campaign - ‘To Russia with Love’ and is set to bring comedy charity gigs to a whole new level over the coming months.

An events manager by trade, the Granard man has worked as a comedy and music promoter for the last 20 years, and has gotten to know many of the big names in the comedy business.

Therefore it’s not surprising to learn that the much loved funny man Jason Byrne has lent his support to the ‘To Russia with Love’ campaign.

Byrne is now set to headline a charity fundraiser at the Longford Arms Hotel on Saturday, September 23 next.

And as Stephen pointed out, “the rest of the bill is beginning to take shape and all details will appear on my page as soon as they are known”.

The night is expected to include a host of other comedy personalities and there are lots of surprises in store!

Jason Byrne was one of the first acts the Granard man ever brought to Spain to help him launch professional comedy in the region.

That was 2004 and the industry has come a long way in the intervening 13 or so years.

“When I let Jason know about my condition he said he would help in any way he could,” added Stephen who was diagnosed just over two years ago now.

“I was in a meeting with the highly regarded neurologist Professor Xavi Montalban, of CEMCAT a fantastic MS specialised institution in Barcelona,” he said, recalling the day with clarity.

Unimpressed with his MRI quality at that point, Stephen engaged in further tests in the months thereafter and in June 2016 he was diagnosed with the PPMS strain of MS which is regarded as the least common type with no cure or treatment available.
He says there are four types of MS including Relapsing-Remitting MS (RRMS); Secondary-Progressive MS (SPMS); Primary-Progressive MS (PPMS); Progressive-Relapsing MS (PRMS).

“After an exhausting four year search for a diagnosis that has taken me thousands of kilometres within Brazil; across an ocean; back home to Ireland and then subsequently on to my other European home, Barcelona, there was relief to know what was wrong with me, finally,” the son of Gerry and Roseanne added.

And so now, the next step for the Granard native is Russia.

“I first came across the AA Maximov Hematology and Cell Therapy Department of the National Pirogov Medical Surgical Centre which specialises in the state-of-the-art treatment of hematological, oncological and autoimmune diseases, via an editorial in the Cavan Celt newspaper,” said Stephen.

“This article told the story of a young man from Castleblayney in Co Monaghan - Darren Gibson - who had just recently being diagnosed with MS - RRMS the Relapsing, Remitting type and he was intent on going to Russia for Hematopoietic Stem Cell Transplant (HSCT).

“He was seeking to raise funds, so I touched base with him and we subsequently got to know each other.

“Darren as the true pioneer and the first Irish person to go to Russia has been an invaluable source of help and inspiration to me.”

To date nearly €10,000 has been raised for Stephen’s treatment in Russia with the stakes rising by the day for much more!
The target is €70,000.

Stephen says it is imperative that he gets to Russia.

“While I am cognitively sound at the moment, this could all change, so this is why I need to get to Russia,” he continued, before pointing out that while MS was a terrible disease, his life was moving forward nonetheless.

“I need to retrain now and I’m undertaking a Degree course in web development over the coming months.

“I had a goal of raising €70,000 - a figure I have arrived at from several people who have made the exact same journey I am proposing,” he continued before pointing out the figure represented flights and visa expenses at €5,000; HSCT, €50,000; post haematologist care, €5,000.”

He says the treatment will not cure the MS but what it will do is stop it from progressing.

“I am staying positive and keeping myself busy organising fundraisers so I can raise the money to get to Russia,” he explained.

Stephen will also be part of the 70th anniversary of the Edinburgh Fringe Festival in August where his play ‘The Pre-Disposed’ will play eight nights at the Banshee Labyrinth Banqueting Hall in Edinburgh.

It will run from August 12-19 from 21:50-22:50 and centers around his own story told through three 10 minute segments with video clips included for effect.

“My focus now is on getting to Russia for this treatment.” To donate to this very worthy cause or to find out more about Stephen Garland and his campaign log onto www.stopmyppms.com

Donations can also be made at www.gofundme.com/StopGarlandsPPMS.