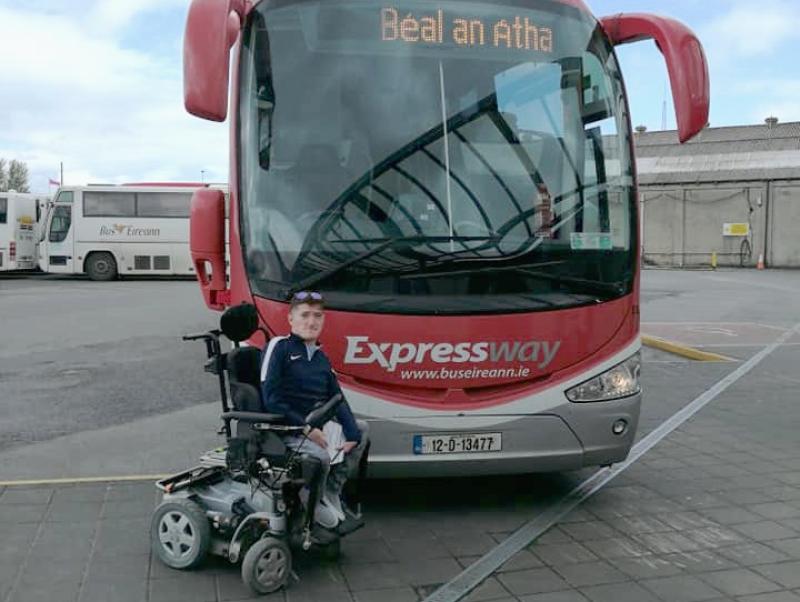 A Longford disability advocate's claim that he was "openly discriminated" against by Bus Éireann in his attempts to return home from a family trip to Ballina last week has caused ructions in the Dail.

Drumlish teacher James Cawley bemoaned how what should have been a two hour journey back to Longford snowballed into six hours, costing him an additional €200 on taxis alone.

This was despite Mr Cawley having booked his journey two days in advance.

The issue was one which caused Longford-Westmeath TD Robert Troy to speak openly on it in the Dail last week.

The Ballynacargy postmaster had harsh words for Transport Minister Shane Ross over the affair.

“This is a flaw in the system which urgently needs to be addressed in order to provide a reliable service to users of public service transport with special requirements,” he said.

Mr Troy added he had received a commitment from Taoiseach Leo Varadkar over raising the fallout with Mr Ross.

However, the Longford-Westmeath TD said he was becoming increasingly incensed by the response, or perceived lack of it, he had been given by the Transport Minister.

“It is unfortunate that it has taken the type of stressful incident experienced by James Cawley for this matter to be properly highlighted and the silence from Minister Ross thus far is extremely disappointing and I will continue to raise my concerns in the coming weeks to ensure that James, and any other user with special requirements are not made to feel like second class citizens when availing of public transport in the future," he said.