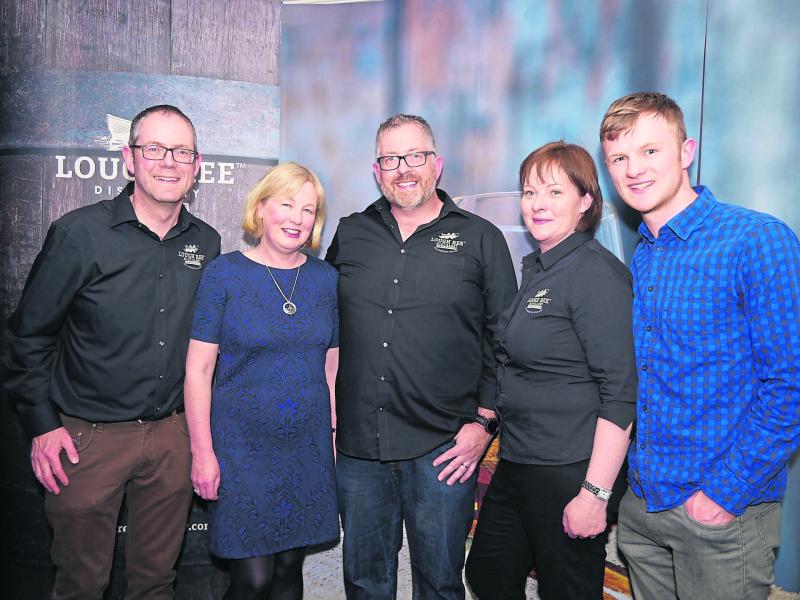 Investors behind a south Longford distillery took the wrappers off of an ambitious Ambassador Programme in Dublin last week.

Fronted by the well respected Clancy family, much has been made of the eagerly awaited arrival of its 'Lough Ree Distillery' venture which is due to open in December.

Ahead of that opening, the Clancy's were in situ at the famous Doheny & Nesbitt bar in Dublin last Thursday to unveil of a specially devised Ambassador Programme.

“Lough Ree Distillery is all about ‘Connection’ - connecting tradition with technology. Connecting a rural Irish setting with the vision of a new generation. Connecting East with West, where the bridge crosses the River Shannon, beside the distillery,” said Peter Clancy, one of the main drivers behind the project.

The idea is designed to afford whiskey lovers to establish a lasting association with the brand by becoming a ‘Lough Ree Distillery Ambassador’.

Essentially you purchase a cask and in doing so you become part of the development of a new, independent Irish distillery from the ground up, sharing the journey and making a very real contribution to Ireland’s whiskey heritage and enterprise in the Midlands.

As well as owning their own cask of the distillery’s Single Pot Still Irish Whiskey, Ambassadors get lifetime access to The Library at Lough Ree, an exclusive tasting room overlooking Lough Ree; first options to purchase distillery products, including limited edition single cask releases; an annual Ambassadors’ Gathering in Lanesboro; lifetime discounts on product purchases and a host of other benefits.

Alongside Peter Clancy, Lough Ree Distillery is very much a family endeavour, co-founded by Peter's brother and Michael Clancy and their sister Sheila Mullen.