Liam is Longford’s own Marathon Man 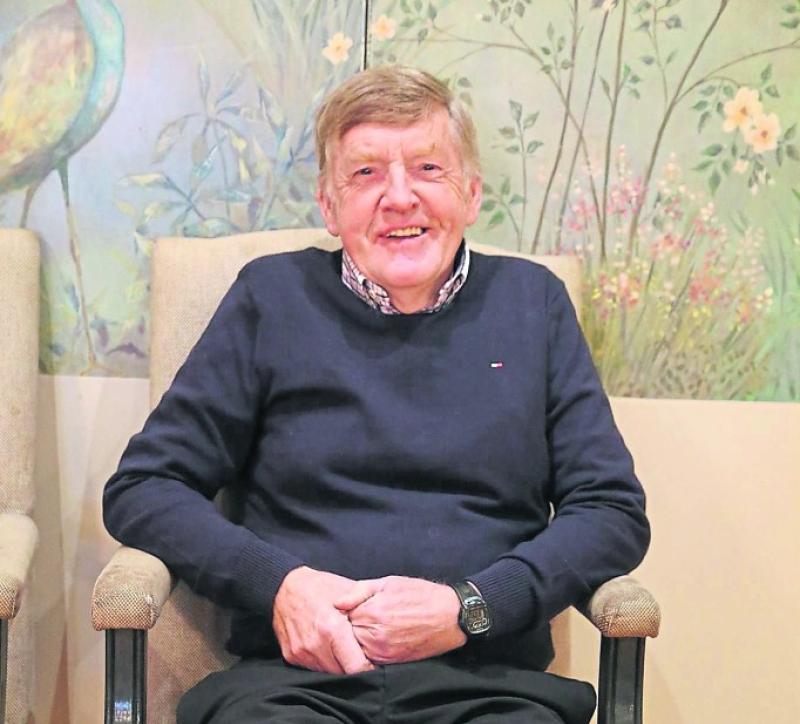 Liam Fenelon will be the 'Special Recognition Award 2018' recipient at the Longford Association in Dublin Gala Dinner.

Liam Fenelon, Special Recognition Award Recipient 2018, has had a long working life which has included great success for a long number of years running his own business.

However, even such remarkable achievement is overshadowed by his amazing record as a marathon runner and there’s little sign of that career coming to an end, although he’s in happy retirement from his business life.

Liam was born and raised in Esker, Ballinalee, the eldest in a family of six - Michael, Jack, Geraldine Bernadette and Patrick (both sadly deceased) - born to parents, Michael and Rose. He attended Ennybegs national school and, being a young man in a hurry, he couldn’t wait to leave, finally finishing his full time education at 14 and quickly joined the university of life, where he excelled.

He joined the workforce early and worked at anything and everything, including Bord na Móna and, being an independent spirit, started his own business in the early 70s, ending up with television sales and service outlets in Longford, Mullingar and Carrick-on-Shannon. He kept his many loyal customers very happy over a long and successful career until his retirement in recent years.

He started his running career in 1983, competing in his first marathon in 1984 in Galway as he entered his 40’s. He has by now run 314 such gruelling distances in cities all over the world, and isn’t yet showing any sign of giving up any time soon!

Known far and wide for his athleticism and competitive spirit, Liam was central to the first Longford marathon starting in 2002 and it marked his own 100th marathon. He ran his 200th in Longford in 2009 and his 300th there in 2016. About nine years ago he re-formed Longford Athletics Club which hadn’t been active for many years. Its athletes have since won a number of All Ireland titles and it has undoubtedly been a boon to the local marathon.

The Longford Marathon has become a huge annual event and it is estimated that it’s worth approx €200,000 to the local economy every year and, since it began in 2002, it has brought in over a half million euro for charity. The marathon’s charity partner, St Christopher’s Services, Battery Road Longford has benefited to the tune of tens of thousands of euro in funding, thus making the lives of many local families very much better.

Additionally to all that, over his award-winning running career – in New York, Los Angeles, San Francisco, Chicago, Boston, Norway, Paris, Rome, London, San Diago, Niagra Falls, Hyannis, Washington, Atlanta, Tokyo and Nashville, to name only some - Liam has personally raised over €200,000 to help many causes, including the work of the White Fathers of Africa and to help with the re-roofing of St Mel’s Cathedral.

Liam’s energy and dedication have also meant that a lot of funding has gone to Crumlin Children’s Hospital, Temple Street Children’s Hospital, the purchase of a CAT scan machine for Mullingar Hospital and the Niall Mellon building programme for the benefit of impoverished communities in South Africa’s townships. And he hasn’t just helped with funding the Niall Mellon project: he has thrust up his sleeves and did some hard graft in South Africa for a few weeks every year for the past 10 years.

And he manages to involve his wife Mary (nee Quinn, Corlea Killoe) who he married in 1970 and their daughters - Fiona, Sharon and Michelle - in many of his activities and interests. They are all deeply involved in the Longford marathon and Sharon has travelled with him to South Africa several times volunteering as a nurse at the Niall Mellon Educate Building Blitz. And in the context of his lifelong interest in vintage cars and tractors, Mary and Fiona once travelled the length and breadth of South Africa in search of the perfect vintage Jaguar and, after covering 2000km, they finally found what they were looking for!

The girls also share his interests in traditional music and all have played music and were all champion Irish Dancers in their youth. Fiona and Michelle did their one and only full marathon (without any training) on the day that Liam completed his 100th at the inaugural Longford marathon in 2002. Liam is obviously very influential when it comes to the ladies in his life!

When he’s not out training on the roads around Stonepark, where he and Mary live, you could meet him driving one of his vintage cars (perhaps the Jaguar sourced in South Africa!) or tractors.

He has a love of working on the bog, which has probably resulted from the experience of his first job at Bord na Móna as a young man, and he still enjoys summer days harvesting turf on his turf bank.

He also enjoys a game of poker and has played with the same bunch of friends every Friday night for years.

How Liam finds enough hours in the day or indeed enough days in the week to squeeze in all his activities, from his morning golf games to various meetings and trad sessions, is anybody’s guess.

Whatever about time, energy levels are unlikely to be a problem: he never drank and has been a pioneer since he took the confirmation pledge; he loves a nice meal and can cook a delicious steak. Is it any wonder then that he was an avid blood donor who never missed a clinic - and, in the process, earned a 'golden drop' for his lifetime of donations.

He also has a history of performing on stage and spent many years treading the boards of the Temperance Hall in Longford dressed in “questionable outfits” as a cast member of John Player Tops of the Town.

He was the Chairperson of Stonepark Tops, but alas, once Tops of the Town ended, that particular outlet ended. Otherwise Liam would still be on stage!
We can take it then that Liam is unlikely to suffer any stage fright when he receives his Special Recognition Award at the Longford Association’s 64th annual gala dinner in the Red Cow Moran Hotel next month!!

Running for Gold: hitting the road for Longford Marathon