Ploughing on the one furrow at County Longford Ploughing Championships 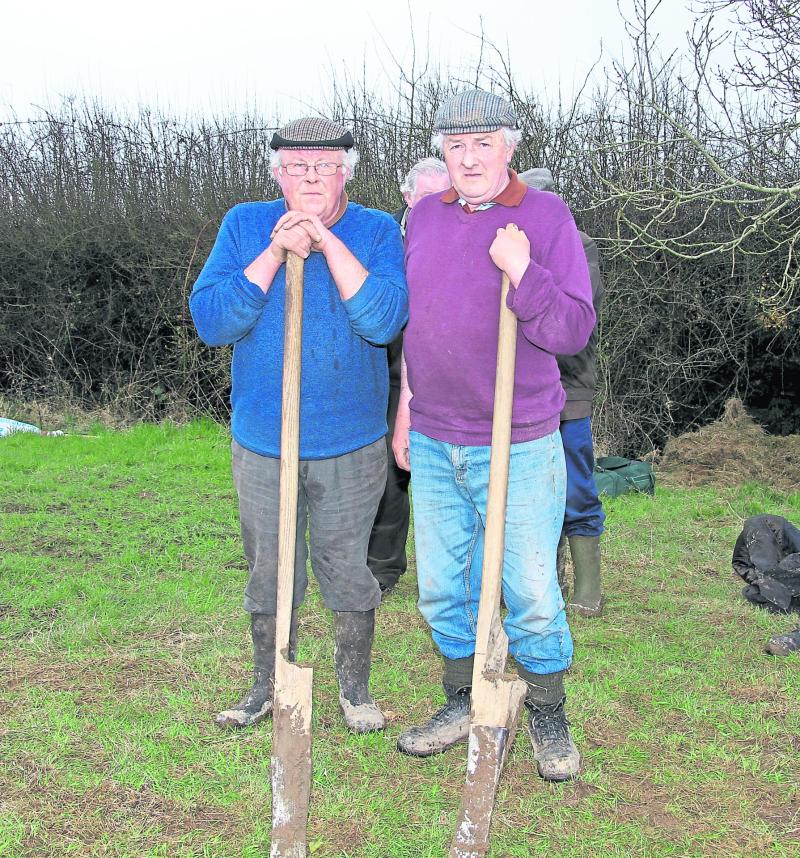 As the county’s ploughing championships become more and more popular with each passing year, so too does the Loy Digging classes at the event.

Loy digging is very specific to Longford and Leitrim and the class continues to attract more and more competitors as the Championships evolve and develop with the changing times.

This year, it seems, is no exception and, with plenty of local and national talent on the ticket, next Sunday’s classes will most likely see that competitive edge in style.

And, it is Longford that has gained pride of place in this particular national arena, because it is from this very county that the art of Loy digging was revived a number of years ago by well known ploughman and Kenagh native, Eamon Egan.

Barney Casey, an eight times All-Ireland Loy Champion from Killoe, knows better than anyone how important those classes are at the championships.
And, Michael McKeon from Colmcille is also highly regarded in this particular arena as is Matt Connell Sr.

“Like every other year, we have a number of classes this year that include confined classes and open classes,” Mr Casey added, before pointing out that his sons Cian and Brian would also compete on the day.

“We will have Loy diggers from all over the country including from Donegal, Sligo and Leitrim - it is a competitive class and of course we have our own Matt Connell who is also an All-Ireland winning Loy champion as well as Brian Casey, another All- Ireland winner; that is a strong Longford contingent out on the field.”

Meanwhile, Casey is no stranger to Loy digging having clinched county and national titles galore over the many years that he has been involved.
Three years ago, he retired from Loy digging and turned his hand to horse ploughing.

He has competed at the National Ploughing Championships at that level and as he says himself, it was an enjoyable experience.

“There is something very special about the ploughing championships,” he concluded.