Longford poet's reflections of the mind and the soul 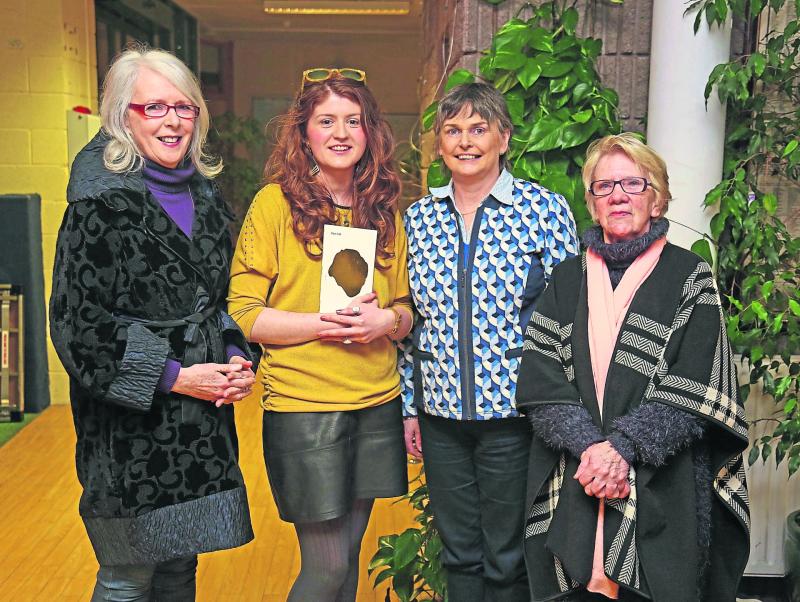 ‘There’s the deer - up in the Phoenix Park
Watching in the green Ford van; chasing those rum and butters
as out father bursts open the bag.
Now, queuing outside the gates; the poet Kevin Power walks by.
In the knot of arrival; his reading confirms
and the view spills open a world all manicured, green alive’
- At the U.S. Ambassador’s Residence, by Mary Melvin Geoghegan.

This is the delightful poem by local poet, Mary Melvin Geoghegan that was published in the anthology ‘Reading the Future; New Writing from Ireland’ launched by Hodges Figgis last month.

A recipient of several awards for her work, Ms Melvin Geoghegan also has a very exciting publication of her own due out soon, and this will be launched at Backstage Theatre on April 12 next at 8pm by poet, PJ Kennedy.

It will be her fifth collection of poetry and her poems combine a method of reflection with an ardour of appreciation.

But before the big launch, it is necessary to find where the poet’s inspiration came from for ‘At the U.S. ambassador’s Residence’.
Ms Melvin Geoghegan says it was one of simplicity where an awakening of childhood memories became unleashed!

“I was inspired while waiting outside the gates of the American Ambassador’s Residence as a guest waiting to attend ‘Invitation to Creative Minds of Kevin Young’ who became poetry editor of the New Yorker, back in September 2017,” she smiled.

“I was watching the deer in the Phoenix Park and it all came to me; some wonderful childhood memories emerged.”
Meanwhile, the local poet is preparing for her launch night at Backstage Theatre, and she will also be making a guest appearance at the Strokestown Poetry Festival 2018 in May.

This latest collection has been described by the critics as being “struck with a vitality derived from the poet’s rootedness in a highly contemporary world”.

The cover of the book also relates to the publication's theme and depicts artist Bernard Canavan’s famous painting ‘After the Dance’.

“I am so grateful,” she concluded, “to Bernard Canavan for permission to use ‘After the Dance’ for the cover of the book.”

And, to top it all off, Poetry Ireland has chosen one of Mary’s poems ‘A Phone Call to Peter’ for its campaign on board the Dart.
“I am delighted,” added Mary.
“These are very exciting times indeed.”