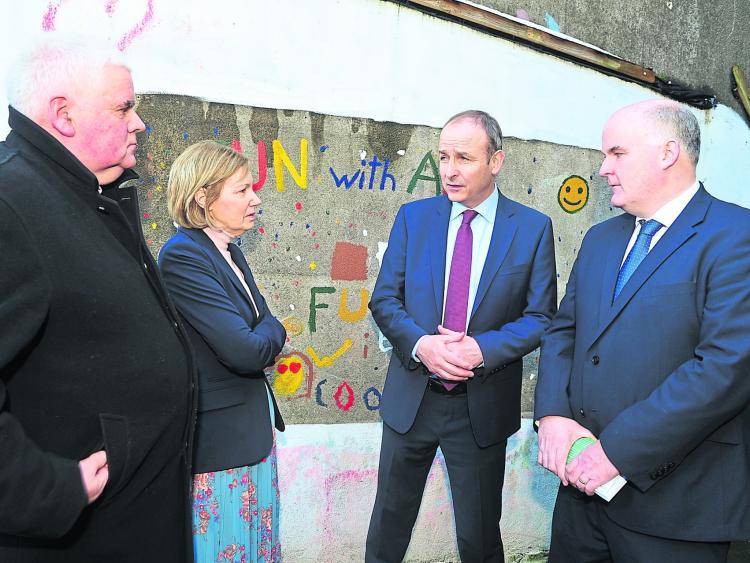 Cllr Flaherty, was accompanied by Fianna Fáil party leader, Micheal Martin TD, and both men were struck by the enthusiasm and energy that abounded in the centre.

Cllr Flaherty explained, "I know my colleague Cllr PJ Reilly, has been working assiduously behind the scenes on a new premises for the centre and I will wholeheartedly support these moves in any way that I can."
Operating with limited and restricted space, Lus na Gréine FRC provides a whole range of courses and support services to local groups.

Cllr Flaherty remarked, "When we called in, the mothers and babies group were meeting and I know the room then had to be quickly turned around and prepared for another event."

He went on to pay tribute to Eileen Finan, Pauline Cummins and Bernadine Farrelly who are working tirelessly at the Centre.

Cllr Flaherty concluded, “Lus na Gréine and its Ballymahon counterpart, Bridgeways, are brilliant examples of how these centres and services can have a transformative impact on a local community."