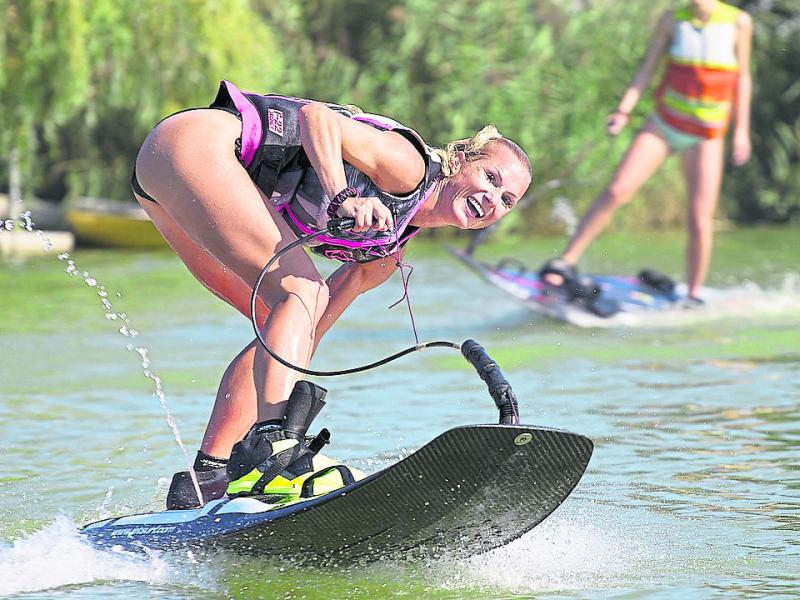 Amid concerns for the ‘integrity of the site’, Longford County Council recently refused to grant planning permission for the installation of a wakeboarding facility in Lanesboro.

John Tully and Paraic Jordan c/o John Lambe Architectural & Engineering Services Ltd, Quay Street, Westport, Mayo, lodged their application for the proposed development with the local authority on December 21 of 2016 and they were informed of the refusal decision on November 21 last.

It was proposed that the wakeboarding facility at Commons North, Lanesboro, Co Longford would consist of the erection of two 6 metre high aluminium towers separated from each other by a distance of 194 metres.

Wakeboarders will be towed by a tether attached to an electrically operated motor which will be suspended between the two towers.

The facility will be serviced by boat from the Ballyleague marina. This application is accompanied by an Environmental Report.”

The Planning Department of Longford County Council received a number of submissions in relation to the planned wakeboarding facility, including from An Taisce, Longford Environmental Alliance and Lough Ree Conservation Society.

The submissions raised concern over a lack of detail contained in the planning application in relation to the works required to complete the installation.

There were also concerns raised about parking, the facilities required for its operation (ticket office / changing facilities), power supply details and the impacts to both participants and spectators at both the Roscommon and Longford sites adjacent to this facility.

The absence of ‘appropriate assessment’ of the impact of the development under Article 6(3) of the EC Habitats Directive was also raised in the submission.

Outlining the reason for refusal, Longford County Council stated: “The applicant has not demonstrated to the satisfaction of the Planning Authority that the proposed development will not have adverse effects on the integrity of a Natura 2000 site namely Lough Ree SAC (Special Area of Conservation) and SPA (Special Protection Areas).

“The Planning Authority can only agree to the plan or project after having ascertained that it will not adversely affect the integrity of the site concerned and as such, given, the lack of information submitted, the application in its current state would be contrary to Article 6(3) of the EC Habitats Directive and the proper planning and sustainable development of the area.”

Thumbs up given to proposed Lanesboro EirGrid development