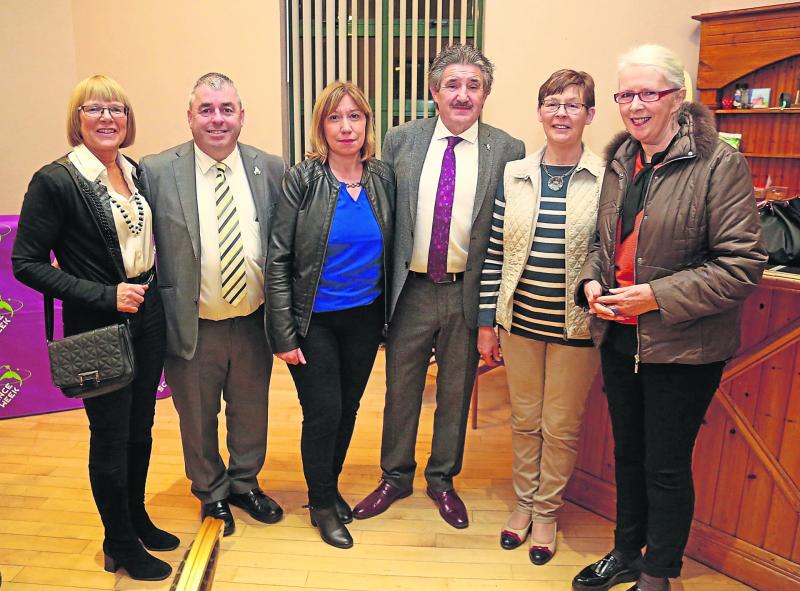 Edgeworthstown has a proud association with the Edgeworth Family, who were pioneers in the development and promotion of education in Ireland in the 18th and 19th centuries.

This year, there are plans to mark their contribution to science.

Matt Farrell of the Edgeworth Society commented: “In 1798 Richard Lovell Edgeworth in collaboration with his daughter Maria published 'Practical Education', a theory of education which encouraged hands-on learning and includes suggestions of 'experiments' that children can perform and have fun.

“In this year, the bi-centenary of the death of Richard Lovell Edgeworth, the Edgeworth Society decided to recognise the legacy of the family by organising a Science Festival Open Day as part of the Midlands Science Festival and national Science Week.

“ With the support of Midland Science and Creative Ireland the society has put together an exciting and varied programme.”
The Festival was launched on Tuesday the 31st of October by Minister for Training, Skills, Innovation and Research and Development John Halligan TD in The Green, Edgeworthstown who expressed his delight at seeing so many young people at the event.#

He emphasised the importance of science within our world.

The Minister also expressed his delight to see a festival being held outside major centres of population; this festival will be one of twelve festivals being held in Ireland during science week 2017.

The Green will be the focus point of the festival which will commence on Friday the November 17 at 9am, when Ireland’s largest mobile planetarium will allow children to explore the wonders of the universe in a 360-degree dome.

Alongside the dome, there will be the Reptile Zoo where the children will have an opportunity to increase their understanding of the world’s reptiles and amphibians and interact with them.
Professor Conleth Hussey will visit local schools for a series of Playground Science events.
For the older children Lucy Payne of iConnect will give daylong workshops to students in Meán Scoil Mhuire Longford about developing apps.

On Saturday November 18, Barry Fitzgerald of BW Science will give two workshops on the science behind Superheroes, exploring the Iron Man Suit, Batman, Superman, Wonder Woman and much more.
These workshops will be held in the new state of the art Community Centre.
Also on Saturday, the Longford CoderDojo group will hold their weekly session in the Old Schoolhouse from 3pm to 5pm.
This is an open session, so all are welcome to come and enjoy the fun and learn about coding.

The society are delighted to announce the Professor Con Hussey from the University of Limerick will give a talk entitled 'The God Particle', known as Higgs Boson, which is the subject of ground breaking research at CERN.
This is an open event, is free and all are welcome.

Jackie Gorman of Midlands Science commented: “Midlands Science Festival is a regional science festival as part of national Science Week, which provides a range of primary and secondary school and public events across the midlands during the second week of November.

“The festival is 5 years old this year and this year it has over 130 events.

“The festival is managed and developed by Midlands Science, a small not-for-profit company focussed on promoting STEM issues in the midlands region and we are delighted to work with the Edgeworth Society this year.”

For events in Edgeworthstown, booking details can be obtained by contacting the Society at 043 6671801 or emailing: edgeworthsociety@eircom.net.

For wider science week events in the region, information is available on www.midlandsscience.ie and on twitter by following @curiouskim1.