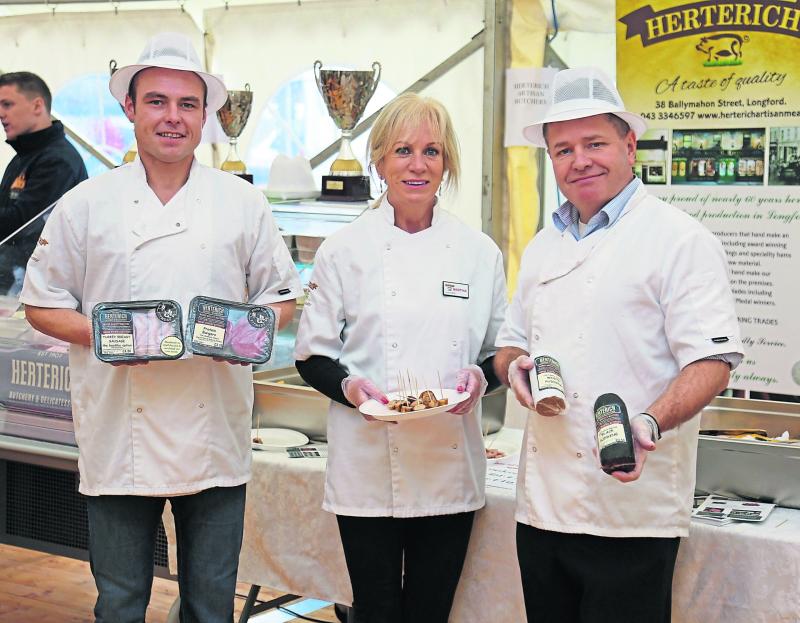 The Shannonside towns of Lanesboro and Ballyleague hosted a record attendance of 8,500 people for the staging of the popular ‘Taste of the Lakelands’ food festival last weekend.

With long traffic queues every day and a cash boost of €100,000 for the food producers and the local business community it’s safe to say it was a very successful event this year.

Now in its 2nd year, the festival - which had Bord na Mona as its main sponsor - attracted 58 food producers from Roscommon, Longford, Westmeath, Cavan, Leitrim, Offaly and further afield.

Close to 5,000 people were in attendance on Sunday alone to see the best selling author and renowned chef Rachel Allen.

“The weather was good to us again and the crowds came in their thousands,” said Alan Horohoe, chairman of the organising committee.

“Thanks to all the sponsors, we brought some of the best chefs and food producers in Ireland to the festival village beside the Shannon and the people responded.”

The Festival is heavily reliant on the support of Roscommon and Longford County Councils, the Local Enterprise offices and the 58 producers including representatives from every county around Lough Ree.

“We are lucky to have so many top quality food producers from where we live,” added Stephen Dowd, one of the local chefs who performed a live demonstration over the weekend.

“We have to now move on and research the setting up of a new food hub in the area, and I am pleased to confirm that a new entity has emerged to do a feasibility study onsuch a project."

The Leader understands that the new project will be separate to the food show and will go to central Government for support in the new year.

The organisers of the 'Taste of the Lakelands' festival wish to thank each and every person who helped in any way to make the weekend festival happen - especially the stand holders, exhibitors, chefs, volunteers and, crucially, the sponsors.