SuperValu Tidy Towns 2017: ‘Cullyfad is a place that one could relax in away from all the hustle and bustle of modern living’ 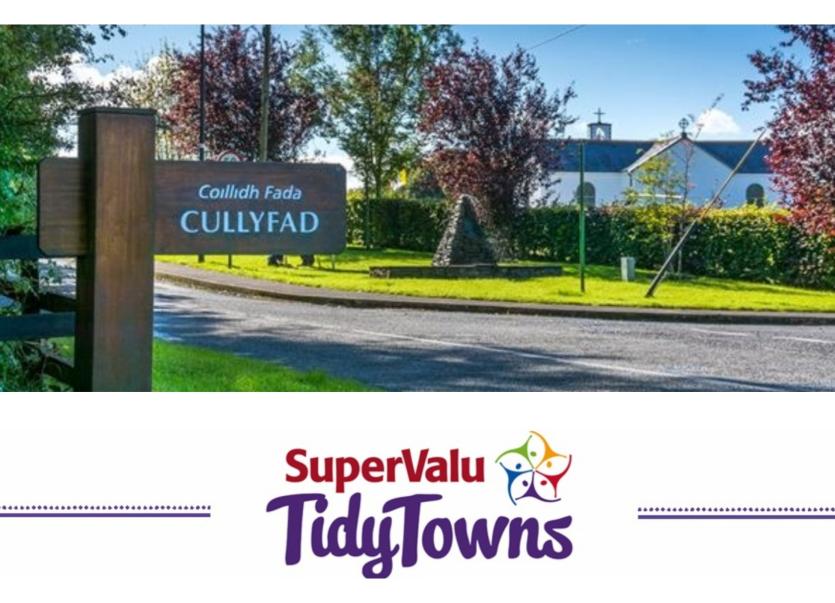 SuperValu Tidy Towns 2017: ‘Cullyfad is a place that one could relax in away from all the hustle and bustle of modern living’

Here's what the SuperValu Tidy Towns 2017 adjudicators had to say about Cullyfad and above are the marks Cullyfad received.

Cullyfad is welcomed to the 2017 SuperValu Tidy Towns Competition. Thanks for the excellent application form, enhancement plan, other supporting material and map of this idyllic little village nestled off the beaten track.

The adjudication day was not very good weather wise but it didn’t take away from the experience of visiting the village for the very first time.

The map proved invaluable in identifying relevant parts of the village and surrounding area.

The committee number has increased since last year which is a positive development but you need to have an executive of 4 max and then divide the remainder into sub groups with specific responsibilities.

Thanks for adhering to the request of last year’s adjudicator and numbering the existing and planned projects on the map. Monthly meetings are acceptable for a small village such as Cullyfad and it is obvious that the meetings are of the proactive variety plus a platform of assessing progress.
You have built up relationships with an impressive list of agencies that can provide you with resources to carry out your work. Communication methods combine the tried and trusted with old reliables and I’m sure that word of mouth has a part to play as well.

It is now possible to apply funding for your activities from the PPN Network. Good to note that you have  local community support  judging by the number of organisations that you have listed.

The Men’s Shed concept has boomed all over the country and it’s certainly a positive development to have one set up in your community.

Your approach to getting the school children involved is very practical as the parents are involved as well.Thanks for your endorsement of the competition and what it has meant to your village and residents over the years. Yes indeed residents of Cullyfad have a pride in their own place judging by the efforts to date in this competition.

The adjudicator parked at the superbly maintained Community Centre which has a long association with the village being a school in a previous life. Well done to those entrusted with its upkeep and it shows how invaluable the CE scheme is to rural villages and Towns.
A little traffic calming measure needed on the stretch of road from community hall past the church as cars tend to speed a little too fast on that stretch. Adjudicator witnessed unfortunate incident on the day when a little dog was knocked over by a vehicle.

It was nice to see McGlynns Old Forge restored as a historical artefact of a previous era; one assumes that it is in the ownership of the development association. St Oliver’s Church was in pristine condition and well done to the local volunteers that carry out the ongoing

Maintenance. The village pump near the church was presented well but might benefit from a planter of colourful annuals that can be replenished as the seasons change.

The local Killoe Celtic FC grounds were very well looked after and a credit to the members of this small club. Road surfaces and footpaths to the extremities were in good condition and the village is also not encumbered with overhead wires to any degree.

Overall the standard was very good in this category and warrants an increase in marks.

This is one of the strong points of the village and you have achieved pretty consistent high marks in this category over the years. Some excellent examples of simple but creative planting arrangements were observed during the walkabout. Green areas were maintained very well and of course the jewel in the crown the Arboretum at the Ballinalee end of the village was a joy to behold. The quality and effectiveness of the timber post and rail fencing has to be commended, when it it is kept well post and rail fencing can be very attractive in a wooded setting like Cullyfad.

Young trees were nicely set in tidy surround beds and were staked in a manner to encourage growth. There were many fine examples of individual gardens that some beautiful planting arrangements and the planters at the Church were also admired.
The village had a village seat and maybe another one at the other end might be an option. You are wished well in your quest in getting funding for car park improvements, it may be a little easier now under the PPN structure.

You are very fortunate to have such a facility as the excellent arboretum and it took much painstaking work and cooperative togetherness to get it to where it is today. Of course the area is an attraction on a number of fronts as wildlife habitat, educational platform and for the general public to visit and appreciate. Again full marks to the CE and TUS workers and the many volunteers that maintain it.

One slight criticism and maybe I’m nitpicky here but the bench/seat and fencing with signage are in need of basic wood preservative treatment. It is probably on the work schedule as “tasks to be done”.
The Tree Project Submission was read and you are wished well with this. Millbrook Bridge is indeed a wildlife haven and hopefully further progress will be made by 2018. The adjudicator just briefly visited the Old School Garden but unfortunately a “summer shower” put paid to any extended stay. The adjudicator feels for the ongoing and new mini projects that have happened in the last year that an increase of 2 marks is merited.

No new projects this year!! One can appreciate that it can be hard for a committee to come up with new ideas and then make sure that the resources are available to manage them.

But do make inroads on some new projects for next year. Consult the following websites www.susatinableprocessing,ie  www.localprevention.ie and www.greenhomes.ie Also do some research on the circular economy which may unearth other alternatives

Cullyfad is a very tidy and litter free village, in fairness it has advantages over other centres in that it is quite small if a little elongated.

The signage mentioned in your application is not that obtrusive but it does stand out a little. On the day the litter bins were clear of litter as they must have been emptied by the workers that morning.Indiscriminate dumping on the outskirts of villages and towns has become somewhat problematic in the country so let’s hope that the relevant authorities take stronger measures.

Well done on the regular litter picks and cleaning of areas in the village as it has had a huge impact on the look of the village.Harnessing the efforts of 23 volunteers is some achievement so well done on that. Less one forgets but the Bring Bank at the community hall was very well presented and the area around it free of any loose litter.

Some positive developments have resulted from your deliberations with the unfinished estates department of Longford County Council in relation to Woodlands Park. Next year one would expect more improvements in that estate and also the fact that you have encouraged the formation of a residents association should make a big difference.

Radharc na Coille looked very well on the day and had a nice name plate embossed into the fine stone boundary wall. The quality of post and rail fencing around the village has already been mentioned in a previous section.Some fine individual private detached residences were admired during the pleasant, between showers, walkabout.

Both main entrances off the N4 and Ballinalee were very well presented and were enhanced by attractive timber name signs and excellent planting arrangements. The blue bilingual name signs which are now part of identity of villages and towns in Longford were also admired.

Grass verges were cut back in accordance with good practice and road surfaces were good. The real plus as one enters the village is that you realise that you are very much coming into tranquil and relaxed surroundings. Cullyfad is a place that one could relax in away from all the hustle and bustle of modern living.

The need for some form of traffic calming has already been mentioned in the built environment section.

It was a first time visit for the adjudicator to the secluded village of Cullyfad and indeed a very pleasant one. The committee is working very hard to develop simple plan of action that will help the village move up the rankings in the competition.