So many reasons to smile 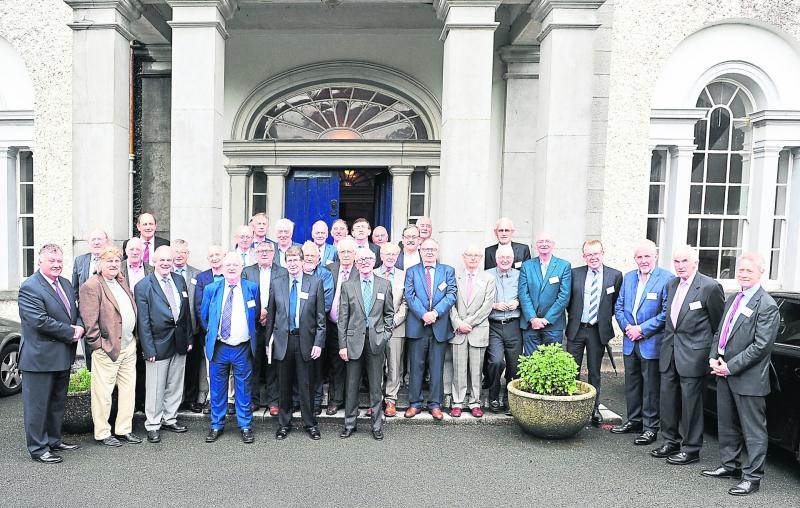 It has now become a tradition for classes to have a reunion, around the 50th anniversary of their Leaving Cert.

It clearly demonstrates our increasing longevity and greatly improved health status. They had come to Mel's from all over the diocese of Ardagh – Longford, Leitrim, Westmeath, Offaly, Roscommon and Cavan.

There were just 48 in the class in the era before free education, 32 boarders and 16 day boys,the class enjoyed the afternoon in the college and a very enjoyable night in Viewmount House.

They entered St Mel's during a golden period in its footballing fortunes. Mel's were already All Ireland champions when they arrived in 1962 and the Hogan Cup and Leinster Cup stood proudly in the front parlour.

Mel's won again in 1963 in what was one of its most memorable All Ireland victories when they defeated St Brendan's of Killarney in Croke Park. It was made particularly memorable when the students 'broke out;' to support them having been forbidden to attend for disciplinary reasons lost in the mists of time.

The Class of '67 were then first years and much to their disappointment, the 'seniors' responsibly decided not to include them in the 'breakout'.

They acted as a decoy as they made their way slowly to the College chapel for the Sunday sermon watching the breakout take place.

Later that day the president relented when representatives of the first years approached him, with some temerity, to ask could they go and he gave permission.

Virtually all made it to Croke Park , many for the first time. Mel's drew with St Jarlath's in the All Ireland of the following year (1964) in Athlone but lost the replay in Tullamore in a strong wind.

They won the toss but perhaps mistakenly, elected to play against the wind. St Jarlaths ran up a big lead and Mel's could not catch up. In the subsequent years there was not the same level of success, but the members of the Class of '67 under the captaincy of Michael O'Rourke helped St Mel's become the Leinster Junior Champions in 1965 – 66.

Fifty years on, where are they today. Most are in Longford, Dublin and some in other parts of Ireland. A number are in England, mainly London and Liverpool, in Switzerland, in the USA, New York and Tucson Arizona and one, Joe Reynolds (Soran Ballinalee) lives in Manilla, Philippines, also Michael Bushell, Longford Town lives in the Dominican Republic.

Many are parents with children and their ages range from 2 years to early 40s. A number are grandparents. Two are priests, Fr Michael Bannon, parish priest Gowna and Fr Harry Ledwith, Pastor Tucson Arizona. Other occupations include accountancy, air traffic control, banking, business, civil and public service, dentistry, teaching veterinary but virtually all, except the priests, are retired.

Fifty years on it was an emotional meeting but hugely enjoyable. Having worked out who each other were (due mainly to hair loss and addition of the 'pounds'!) with the help of name tags, they caught up with 50 years of life.

They reminisced about their time in Mel's and the teachers, including special ones such as Mel Murtagh and Fr Jimmy McKeon. They had a privately produced CD that brought back special memories of the great music from that period 1962 – 67 – including ballads, showbands, Beatles, Rolling Stones, Bob Dylan and Elvis.

The final partings could be summed up in the wise words of Woody Allen - “Don't cry because it's over, smile because it happened”.