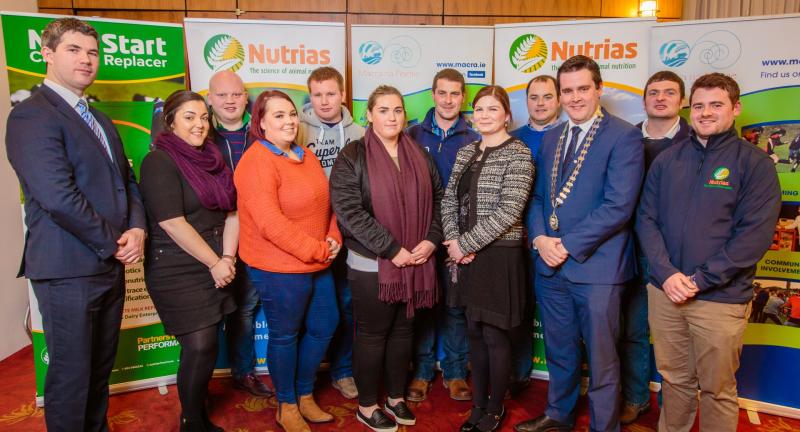 Macra na Feirme recently announced the results of their silage competition in association with Aurivo Co Op and their Nutrias brand of animal feeds.

The competition was open to young farmer members in county Longford and across the region. Sample bags were distributed through the Macra na Feirme young farmer development groups throughout the Autumn.

Samples were tested by Aurivo in their testing laboratory. Entrants were then contacted by Aurivo farm commercial specialists / nutritionists with their results. Entrants received animal nutrition advice on receipt of the results.

The competition winner was David Blair from Donegal Macra na Feirme with Diarmuid Murray from Roscommon taking second place and Siobhan Gallagher from Leitrim taking third place on the night.

Also speaking at the awards and information night Stephen Blewitt Aurivo General Business Manager Agribusiness said, "Aurivo Farm Commercial Specialist and Nutrition team were delighted to meeting young farmers for an enjoyable and information packed evening.  All attendees were given up to date technical advice on all modern farming practices including how to make the most of your silage and reduce your input costs on fertiliser and concentrate feed.”