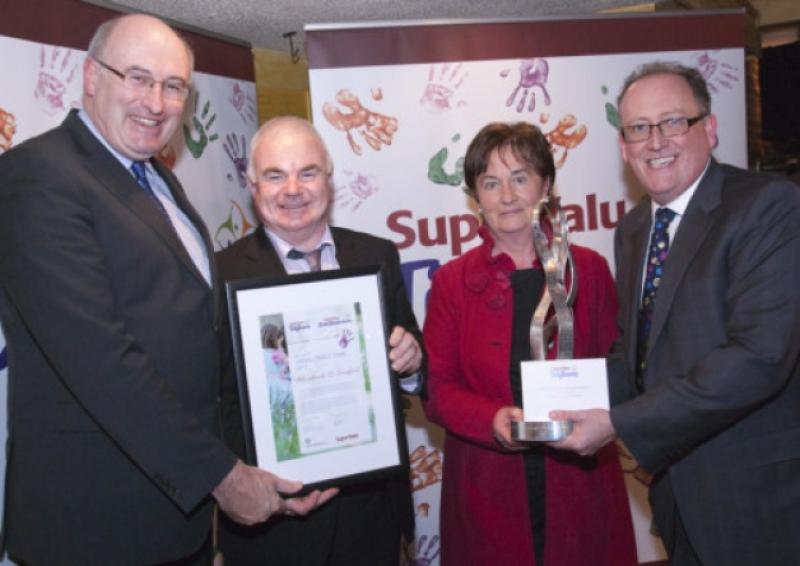 The Longford Association in Dublin is delighted to announce this year’s award recipients. Before that I need to explain that this time round we are temporarily dispensing with the Longford Person of the Year award and replacing it with a Special Longford Community Award.

The Longford Association in Dublin is delighted to announce this year’s award recipients. Before that I need to explain that this time round we are temporarily dispensing with the Longford Person of the Year award and replacing it with a Special Longford Community Award.

No marks for guessing that the specially titled award for this year goes to the people of Abbeyshrule to mark that community’s fantastic success in winning outright the national Tidy Town’s competition 2012 and the gold medal in the Entente Florale. Abbeyshrule will be represented by chairman of its Tidy Towns’ committee, Philip Butler. And this year’s Special Recognition Award goes to Killoe businessman, Frank Kiernan. Last year was Killoe’s year, as Longford GAA senior and minor county champions. Frank, as chairman, was across the club’s build up towards that success, and also the development of its exemplary facilities. Frank also has a wider community profile.

Both awards will be presented in the presence of invited guests at the Association’s 59th Annual Gala Dinner, which takes place in the Red Cow Moran’s hotel on Saturday, April 13th next on what is expected to be a memorable night. Music is by Ballinamuck’s Noel Cassidy and his band. Tickets remain at a reduced price of e45 (having been reduced from e50 last year), taking account of the continuing current realities and can be ordered from any of the following: Liam Caldwell 087 2595963; Dessie Kiernan 087 9276767; Padraic Connolly 087 9327205; Danny Donohoe 086 2404295; Gerry Quinn 087 6755127 or any committee member.

Killoe In The Capital

The splash of Green and White in and around the Irish House Party pub in Dublin’s Francis street on a recent Friday evening quickly gave the game away: Killoe GAA club members were in town, primarily to announce the local Gathering they’ve planned later this Summer, and of course they were also welcomed on the back their great success last year. They were hosted by new proprietors, Declan Quinn and Gerry Nolan, of the newly decorated establishment, situated opposite the old Tivoli theatre in the heart of the old Liberties. Tasty, hot food was laid on and the real pint drinkers gave the pint of Guinness served up by the chatty bar staff high praise indeed.

After everyone had settled, the House Party band - made up of Declan Quinn (flute), Eugene Quinn (banjo), Gerry Nolan (guitar and vocals), Fergus Chambers (uileann pipes) and Aideen Martin (harp) - took to the stage and put on a show which would hardly be equalled on any international stage; the audience was well and truly responded accordingly. Gerry Quinn brought the house down with a great version of his own song “Come On Killoe”, specially written by Gerry to mark its 2012 success, and new Killoe chairman, Jimmy Halpin, in the course of the evening promised, to an enthusiastic round of applause that they’d do their utmost to hang on to the Connolly Cup in 2013! Jimmy was accompanied by his wife and also present were Longford Rose Emily Hughes, Councillor Victor Kiernan, the Brady and Glennon families, outgoing Killoe chairman Frank Kiernan and his wife Rose, Dan Keogh, Tom Quinn, James Mc Goldrick, Jimmy and Patricia Hannify, John Gillen, Frances, Paul (who flew in from Germany) and Liam Devaney, Paul Gray, Padraic Connolly, Mel Farrell (son of former Longford Association chairman, the late Mel) and many other friends of both Killoe and the Longford Association.

There was genuine shock and sadness among the Longford community in Dublin at the news of the tragic accident back at the end of January at Connacht Gold DIY and Garden Centre, Longfort, which claimed the lives of Sean Mulleady from Drumlish and Paddy Gaffney from Tarmonbarry. Sincere condolences were extended from a recent Association meeting to the late Sean’s wife Teresa and family, relatives and many friends and also to the late Paddy’s wife Patsy and family, relatives and a large circle of friends.

And votes of sympathy were passed to the families, relatives and friends of recently deceased: Phil Mc Loughlin, Moyne; Alice Daly, Abbeylara; Peter Kiernan, Legga; William (Bill) Halligan, Ardagh - the late Bill was father of Tom, former chairman of the Association; Ben Corrigan, Moyne; Mrs Noreen Kiernan, Drumlish - a great number of people in and around Drumlish have fond memories of the late Mrs Kiernan, a lady of great dignity, who was a much-respected businesswoman in the village over a long life. Finally, our sincere sympathy to Co Manager, Tim Caffrey, on the death in January of his mother, Julia, Navan Rd., Dublin. Suaimhneas De da anaim dilis.