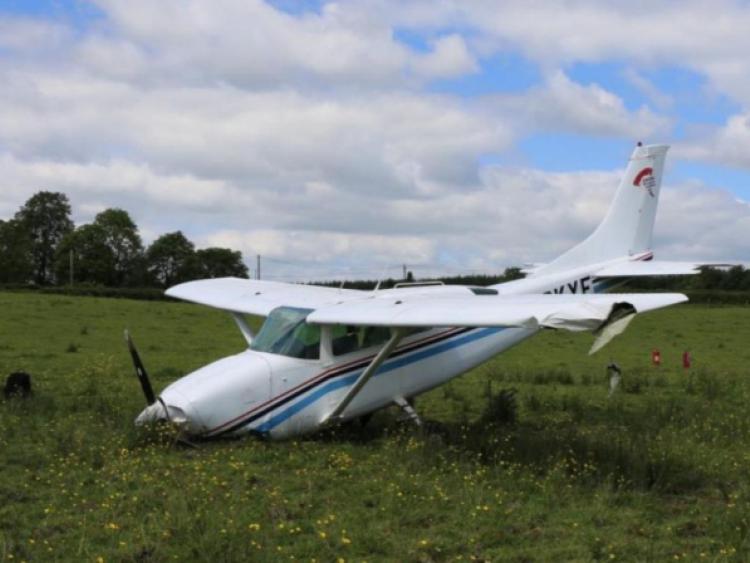 An investigation into a plane crash near Colehill, County Longford, in June of last year has found it may have been caused by the wrong type of sealant being used in the aircraft’s engine.

An investigation into a plane crash near Colehill, County Longford, in June of last year has found it may have been caused by the wrong type of sealant being used in the aircraft’s engine.

The UK-registered Cessna 206 aircraft was forced to make an emergency landing shortly after take-off from Abbeyshrule Aerodrome on June 21, 2014, when the pilot reported loss of engine power. Four parachutists were also on board at the time.

Having concluded its investigation into the incident, the Air Accident Investigation Unit (AAIU) attributed the loss of power to the failure of the engine crankshaft.

“Disassembly of the engine revealed that the crankshaft had failed at the number three main bearing journal, forward of the number six cheek (web),” the AAIU report said.

Investigators also noted anomalies in the aircraft’s maintenance records prior to it being leased by an Irish skydiving club the previous month.

“Due to anomalies in the aircraft records, it was not possible to determine the exact date that the overhauled engine was fitted to the aircraft, which was either in mid-2009 or early 2010. However, the records indicated that the engine had operated for less than 100 hours since overhaul before the crankshaft failed.

The report continued: “Subsequent engine disassembly revealed the presence of a white-coloured sealant on the crankcase parting surfaces. No major engine work was recorded in the engine log book since overhaul and it is likely that the white-coloured sealant was applied in 2003 during the overhaul of the ‘bottom end’ that was used for the overhaul of G-SKYE’s engine in 2009... This sealant is not approved by the Engine Manufacturer for use on the crankcase parting surfaces of its engines.”