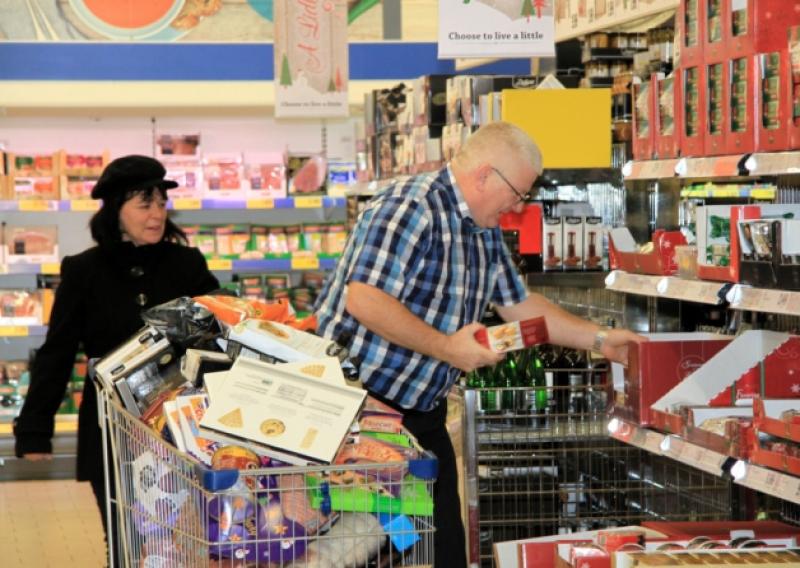 One lucky Longford man filled his trolley with over €600-worth of goods at Lidl last week.

One lucky Longford man filled his trolley with over €600-worth of goods at Lidl last week.

Edgeworthstown’s Peter Costello got a call from the store’s management early last week to say he was the lucky winner in Longford of a trolley dash, which was being run in conjunction with Barretstown to raise some much-needed funds for sick children.

“Last Saturday morning I put on my runners and headed for Lidl for 7:30am,” a delighted Mr Costello told the Leader.

“I had three minutes to go around the store with my trolley and fill it up with as much food items as I could.”

And it was a good day for the Edgeworthstown man because after the three minutes were up, he had accumulated goods to the value of €627.60. Not a bad haul just days before the festive season kicks off!

“I just filled the one trolley,” laughed Mr Costello, adding, “I got a nice bit of stuff, that is for sure.

“I’m sorted for the Christmas now and it was all for a good cause too - Lidl and Barretstown ran the trolley dash to raise funds. I purchased the tickets a couple of weeks ago at the till in Lidl when I was in shopping, and got a great surprise when I got a call from management to tell me I had won the trolley dash. I came in with the runners on, on Saturday, and I ran around that store!”

During the summer, Barretstown announced a new €1m partnership with Lidl, which will see the retailer supporting the work of the children’s charity for the next three years.

A series of fundraising initiatives are planned, including advertising support, frequent in-store promotions and mobilising its 3,000 employees across Ireland to create awareness and raise money.

The trolley dash, which was run nationally across all Lidl stores last Saturday, was part of the fundraising initiatives that are being developed between the partners.

Dee Ahern, CEO, Barretstown, said the organisation was delighted with the development.

“I’m delighted that Lidl has chosen Barretstown as its charity for three years,” she added.

“Every child suffering serious illness should have fun through our Therapeutic Recreation Programme.”