End of an era as Granard Ulster Bank closes 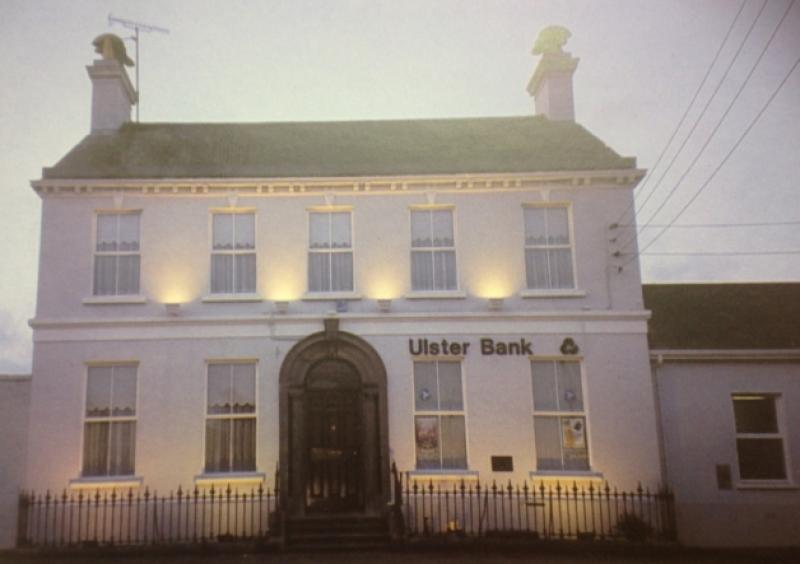 After 145 years of banking in the North Longford town, the Granard Branch of Ulster Bank will close its doors for the last time on Friday.

After 145 years of banking in the North Longford town, the Granard Branch of Ulster Bank will close its doors for the last time on Friday.

In July, there was widespread shock and dismay when locals learned that Ulster Bank Granard was one of nine branches nationwide that would face closure this year. Changing consumer behaviour was cited as the reason for the closures, which also affected branches in Cork, Sligo, Kildare and Dublin, along with sub-offices in Offaly, Meath and Donegal.

Opened on December 20, 1869 under the management of Ralph Higinbotham, the Granard branch of Ulster Banking Co - as it was known at the time - grew quickly. By 1870, the bank was trading from a premises on the New Road to Longford, which they purchased towards the end of the century.

The iconic Ulster Bank premises is a building steeped in history. The bank, which has served generations of locals, is said to have acted as a refuge for Michael Collins’ fiancée Kitty Kiernan when the Greville Arms Hotel, owned by Kitty’s family, was burned to the ground in the 1920s.

In December 2009, Ulster Bank celebrated 140 years in Granard with a social day, inviting all their customers, along with staff, both past and present, to enjoy some light refreshments at the Market Street premises.

News of the closure came as a huge blow to the community. Locals described the announcement as ‘a disaster’ and ‘an awful loss to the town of Granard’, while one local businessman described it as ‘devastating’.

Indeed, there are worries that the loss of the bank will mean a loss of business in the town as locals travel elsewhere to carry out their business. Castlepollard customers will be badly affected too, as they are forced to find another premises for the second time since the Castlepollard branch closed last year.

This Friday will, no doubt, be a poignant day for the people of Granard and the surrounding areas as trading ceases at the Market Street bank, bringing to an end 145 years of high quality service in the north Longford town.