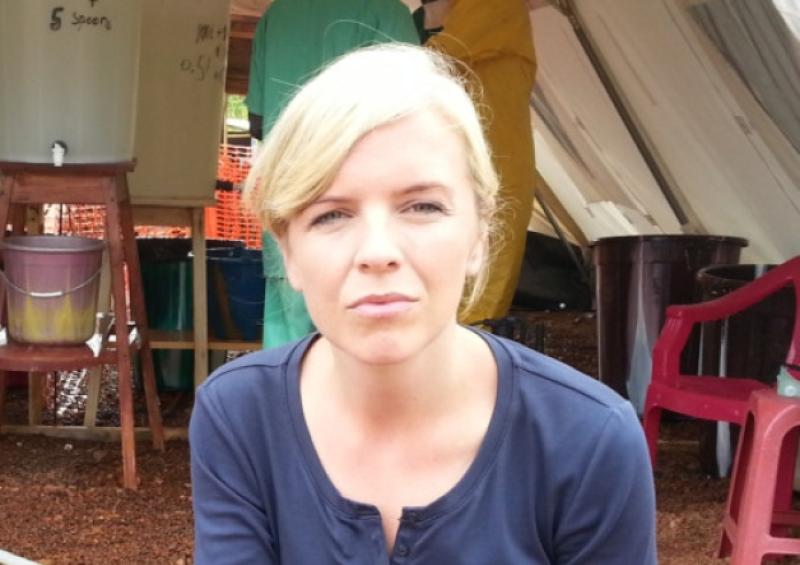 Longford town native, Shaunagh Connaire has just come back from Sierra Leone where she completed a documentary on the Ebola virus.

Longford town native, Shaunagh Connaire has just come back from Sierra Leone where she completed a documentary on the Ebola virus.

Her documentary - ‘Unreported World: Surviving Ebola’, was aired on Channel 4 last month and it traces the lives of the people of the area as they face the virus in their families and villages.

A rigorous safety induction ensued before Shaunagh and her team left for Sierra Leone and as she said herself, “We were well versed on how to stay alive once we arrived”.

“My rule was not to touch anybody and I was constantly washing my hands and my shoes,” the former accountant turned journalist continued. “I didn’t touch anyone for two weeks and that was strange to be honest, but it had to be done.”

‘Surviving Ebola’ centres on those who caught the virus and the care they received at the local medical centres. Ms Connaire experienced first hand, death, in all its complexities - and its lack of mercy on men, women and children once the virus took hold.

“I was merely observing as a journalist; it is really the carers that are the brave ones,” she added. “We followed a family; a 25-year-old woman was taken from her village and brought to the Ebola clinic. The next day her husband is taken there. We then went back to the village to film the other family members and to see how life is for people there; basically we follow their story.”

Manjo works for the MOH in Sierra Leone. When potential cases are reported, it is he who drives to the infected areas to determine the situation. Those infected are then taken back to the clinics. “It’s the workers that are going into the villages trying to help people,” added Ms Connaire. “They really are doing the best that they can. There is also an education programme on Ebola and there is a deep awareness of the virus. People try not to touch one another.”

Ms Connaire and her Channel 4 team also visited a State-run hospital in Sierra Leone which has already lost 30 of its staff to the deadly Ebola virus. She witnessed mobs - driven by fear - after the deaths of patients and healthcare workers, attacking a hospital that is trying to contain the disease.

“That is how bad the situation is,” she said, adding, “people are afraid to come to hospitals because they see nurses dying”. “There is a population of 500,000 people in the Kailahun District in Eastern Sierra Leone, and there are only three doctors and four ambulances. The situation there is grim; in fact it doesn’t get more grim than that. We did meet one of the doctors and he refuses to give up.

“At one stage it was thought that he had contracted the virus, but thankfully that was not the case. He just keeps on going, despite the fact that the virus has hit endemic proportions now.”

The Ebola strain in Sierra Leone was first discovered in 1976. When Ms Connaire returned to London she was confined to a 21 day incubation period. “You have an irrational fear during that time that you have the virus,” she added.

Shaunagh Connaire was a member of a girl band in Longford town - As 3 - which included former Longford Rose Grainne Fox and actress Lorna Quinn who is currently starring in ‘Pride and Prejudice’ at the Gate Theatre in Dublin.

“I am still very close to the girls now, and go to see Lorna as often as I can,” said Ms Connaire.

The Longford woman initially trained as an accountant but became disillusioned by the corporate world and subsequently set her sites on Journalism. Ms Connaire returned to college and took up a course in Journalism at London’s Goldsmith College and from there began her career with the BBC. She is currently exploring new ideas with Channel 4.

Meanwhile, Ireland has pledged another €1m to fight the deadly Ebola outbreak that has killed thousands of people across West Africa.

The funding was announced by Minister for Development, Trade Promotion, and North-South Co-operation, Seán Sherlock, who was in Sierra Leone last week. This extra €1m brings Ireland’s total contribution to the Ebola response to over €2.5 million.