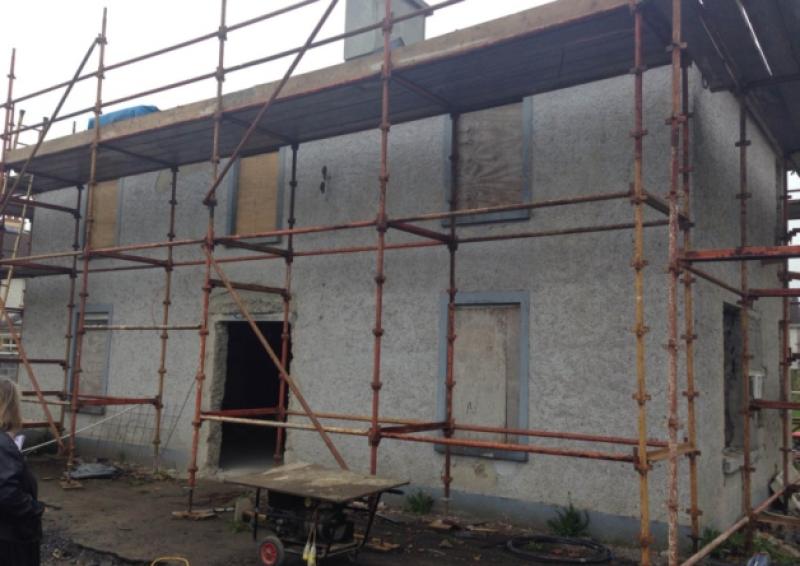 The community of Longford has once again come to the aid of the Attic Teen House, after three incidents wiped out their €20,000 contingency fund.

The community of Longford has once again come to the aid of the Attic Teen House, after three incidents wiped out their €20,000 contingency fund.

Springs in the ground around the building meant that money had to be spent filling those in, right around to the parking area to ensure that the ground is strong enough. Just days after that, problems were discovered with the roof.

Speaking as we took a tour around the Attic House grounds, Attic Youth Café Director Ruth McGarry Quinn explained that despite what initial pricing had suggested, the roof slates had to be replaced.

Extending a sincere thanks to Bernie Fallon and Ganly’s, who sponsored slates for the entire roof, Ruth also thanked Gerry Sheridan of GMS Insulations Ltd for donating the insulation for the house.

They say bad things happen in threes, and that seems to have been the case for the Attic House project, as they were met with further unexpected difficulties just a day later when the windows were discovered to be rotten. Thankfully, another local business, Fox & O’Rourke, stepped in to save the day, generously providing replacement windows.

“The community of County Longford have been just amazing once again,” Ruth continued.

With those three mishaps dealt with, work on the Attic House is coming along nicely, and leading our small group around the property, Ruth pointed to the progress that has been made since the sod was turned in February.

Phase one of the project, which encompasses the house itself and all the rooms and projects inside, is set to be completed later this year, with an official opening in the pipeline as early as September. The Attic Youth Cafe will be temporarily housed in the log cabin adjacent to the house.

Phase one includes the creation of the reception area, office space and a bathroom and showers on the ground floor. The first floor will feature a tech space and training room.

Once that is complete, phase two will commence, extending the building to include facilities such as a recording studio, demo kitchen, and further office space. Outside, an all-purpose pitch will allow members to practice basketball, soccer, tennis, and other sports.

“The Youth Café space will move into the main building then,” Ruth said, adding that the log cabin will be put to good use when that happens.

There is a lot of work done, but a lot more to go and the project will need plenty of assistance along the way.

“We have applied for sports capital funding,” Ruth revealed. Though they were unsuccessful in their bid for the funding last year, they are keeping their fingers crossed for good news this year.

“It’s all very positive, and when you consider that this site was derelict for years, it’s just fabulous to see this happening,” Ruth smiled once we had finished the grand tour. “It’s being totally transformed and all the neighbours are delighted.

“It’s something positive for the area!”