The countdown is on for the boys of Newtowncashel. Today (Sunday), they will make their first round outing in the RTE television competition ‘Celebrity Banisteoir – The Rivals’. As the first County Longford side to undertake the series, the 32 south Longford men will line out under the watchful eye of their banisteoir, Rozanna Purcell.

The countdown is on for the boys of Newtowncashel. Today (Sunday), they will make their first round outing in the RTE television competition ‘Celebrity Banisteoir – The Rivals’. As the first County Longford side to undertake the series, the 32 south Longford men will line out under the watchful eye of their banisteoir, Rozanna Purcell.

“I’m nervous about the game but the lads played a blinder last week so it’s all really positive. We just want to go out there and win it,” said the Tipperary model and beauty queen.

In this first round match, Cashel will meet County Cork side, Ballinora, who are led by celebrity, Jessica Lawlor. The game takes place at 1.30pm at Pairc Naomh Ciaran, Newtowncashel.

Speaking to the Leader, Cashel GAA chairman Mick Casey, said: “Ballinora are a Cork side and as such they are on a totally different level to Longford football. However, we’re hoping we can make the most of it on the day. It’s a big ask really.”

Irrespective of the outcome, there is little doubt that Celebrity Banisteoir has been a real success for this south Longford community.

“Celebrity Banisteoir has given us a huge boost. Everyone has put in a savage effort and everyone is getting behind us. It’s like the 1980s again,” said Mr Casey referring to a time when Newtowncasel first won the Tidy Towns (1980) and their first championship (1977).

The Cashel chairman went on to comment on the team’s Celebrity Banisteoir saying: “Rozanna is absolutely amazing. She’s got in among the players and I’d say she’s the only banisteoir that knows all her players by name. We couldn’t have asked for better.”

For Rozanna, the feeling is mutual.

“They are such a good group of lads and they are putting their hearts and souls into this,” she said.

Last Friday, August 24, Rozanna Purcell hosted a Cashel GAA Blind Date night at Leavy’s of Foigha. The night was a resounding success, with funds raised going towards the Cashel GAA Club. One of the organisers and Cashel captain, Gary Kenny, was delighted with the night’s turn out.

“I’d also like to thank Jimmy and Caroline Leavy of Leavy’s Pub for their support, and Michael Campbell (DJ),” said Mr Kenny.

The game is expected to attract over 1,000 people. Entry is free to the match and commentary is by Micheal O’ Muircheartaigh. Entry to the car parking area is €3 per car – the village will be the main car park. For further information visit: www.newtowncashel.ie 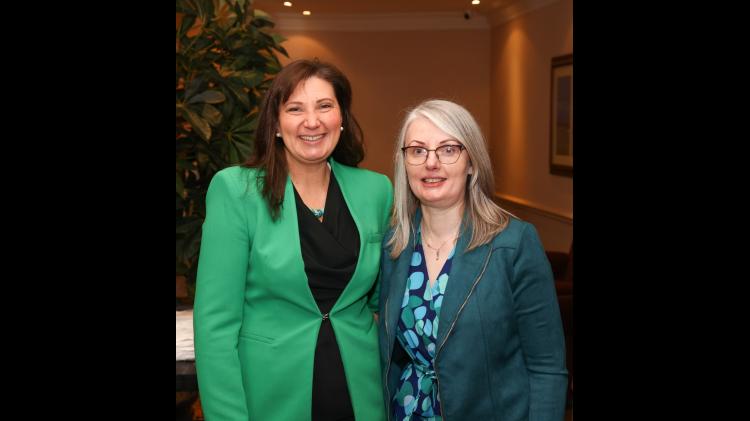