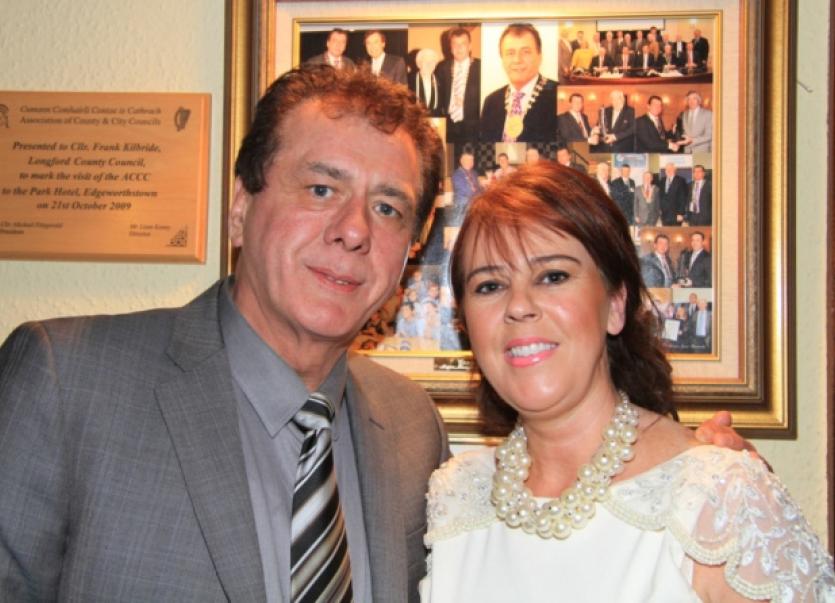 Former County Councillor Frank Kilbride has officially announced his intention to contest the next general election.

Former County Councillor Frank Kilbride has officially announced his intention to contest the next general election.

Mr Kilbride confirmed his candidacy as an Independent this week.

The former councillor, who lost his seat in last year’s local elections, says that he has been approached countless times by local people asking him to run in the General Election.

“I have never had as many people say to me ‘can’t you go (for election) Frank, will you go?’”

Mr Kilbride declined to be drawn on whether he intended severing his ties with Fine Gael, preferring instead to state why he was putting his name forward. It is believed, however, that he has not left the party.

Mr Kilbride said the fact Edgeworthstown and Granard had been left without a sitting councillor following last year’s elections was one reason for his decision to run.

The other was to ensure the wider population of Longford-Westmeath are given stronger representation at national level.

“I have told Enda Kenny and James Bannon that I am not going for Convention,” he said, ahead of next Monday’s Fine Gael Longford-Westmeath selection.

“I am standing as an Independent candidate and what I’m not doing is asking people to change their party affiliation, I’m asking them to give me their number ones and in return I will guarantee their voice, their issues and their concerns will be heard.”

Brave words they may be, but they are ones Mr Kilbride hopes will mean Longford secures not one, but two TDs at the next election.

“Longford always had two TDs. When Peter Kelly lost his seat the last time (2011), I think people sat up and realised they had lost out.

“I don’t want the people of Longford to go out and make the same mistake again,” he said.

Despite his Fine Gael links, he makes no excuses for his criticism of the Irish Water affair.

“The problem is they (Irish Water) are sending out bills to people before supplies and the water network has been dealt with.”

As for his own political manifesto, the Edgeworthstown hotelier lists tourism, health, the preservation of rural post offices, and banking reform as ‘must do’ objectives.

He pledged to campaign for tougher legislative measures to be used to prevent banks repossessing family homes.

“Over the past 11 months, I have created 36 full- and part-time jobs and it’s important counties like Longford continue down that road.

“What I am asking is for people to give me that chance to represent them in Dáil Éireann,” he concluded.