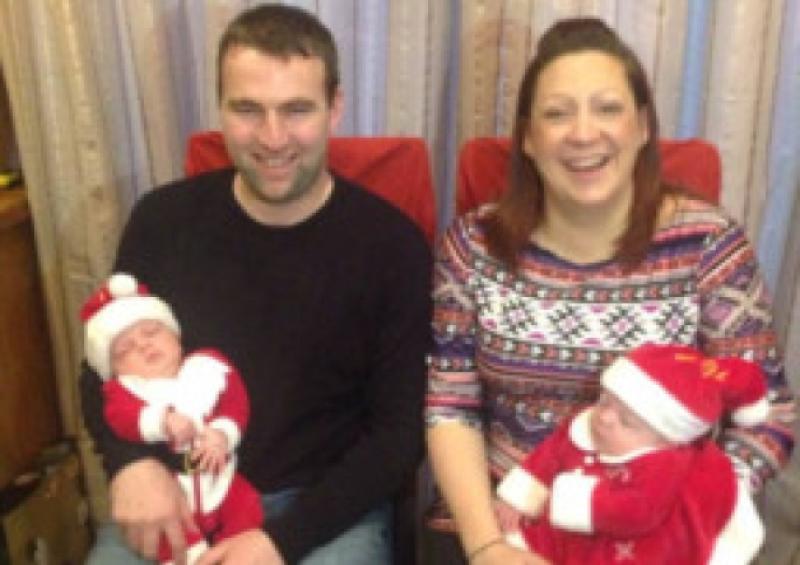 From the high of enjoying one of the most memorable days in her life, distraught Longford bride Fiona Hanley is living a nightmare after her camera containing precious wedding day and St Patrick’s Day photographs went missing following a night out in a local pub.

From the high of enjoying one of the most memorable days in her life, distraught Longford bride Fiona Hanley is living a nightmare after her camera containing precious wedding day and St Patrick’s Day photographs went missing following a night out in a local pub.

Fiona (nee Egan) walked down the aisle at St Mary’s Church, Lanesboro last Friday, March 14 to marry the love of her life Kevin Hanley and the couple celebrated with a reception at the Hodson Bay Hotel.

It was a particularly special occasion as their beautiful bouncing twins Leah and Jay, born on December 1 last, were also part of the moving ceremony.

“We had been trying to conceive for a long time and we were absolutely thrilled when Leah and Jay came along. They are the centre of our lives,” said Fiona.

She continued, “With Leah and Jay being so young, we deferred our honeymoon plans but it was great to have family home with us from as far away as Australia for the wedding and everyone had a fabulous time.”

With Monday being the twins’ first St Patrick’s Day, proud parents Fiona and Kevin brought them along to the Lanesboro parade and they were attired in green, white and gold to mark the feast of our Patron Saint.

“We took lots of photographs. It was another special day,” revealed Fiona.

With Fiona’s mum-in-law on babysitting duty and the twins safely tucked up in their cot and sleeping, she and Kevin proceeded to enjoy a well deserved night out at Adie Farrell’s pub in Lanesboro.

Spirits were high until Fiona, to her horror, discovered that her red Samsung digital camera, had gone missing from the pocket of Kevin’s blue/green coloured cardigan hoodie.

She took up the story, “The hoodie was placed between two couches and the camera could easily have fallen out as people were passing jackets out to others. I just don’t know. All I know is that the camera is gone and I’m appealing to anyone that may have it to please return it. I don’t particularly care about the camera itself however the memory card was almost full and the photographs on it are irreplaceable, precious and of enormous sentimental value, even more so because of the twins.”

Fiona said that with all the hustle and bustle surrounding the wedding she hadn’t had the opportunity to download the photographs from her camera.

“It contains loads of photographs, from my hen night, Kevin’s stag night, our wedding day and from our first St Patrick’s Day with the twins. All I am pleading for is the safe return of the memory card with the photos. It would mean so much to all the family and we’d be so grateful,” she said.

Fiona and Kevin, along the staff of Adie Farrell’s searched the pub on St Patrick’s night and Tuesday morning, but they couldn’t find the missing red camera.

“The staff of our local Adie’s were really helpful. They were on their hands and knees, even used torch light to look in behind couches but we’d no luck. Heaven only knows what happened. I’m still hoping the camera will show up and I’m praying that Saint Anthony might be able to work his magic and ensure a safe return.”

Fiona has reported the incident to her local Garda Station and she is distributing posters around Lanesboro to highlight her desperate quest for the return of her camera.

If you have any information on the whereabouts of Fiona’s camera, she can be contacted at 086 4091236.