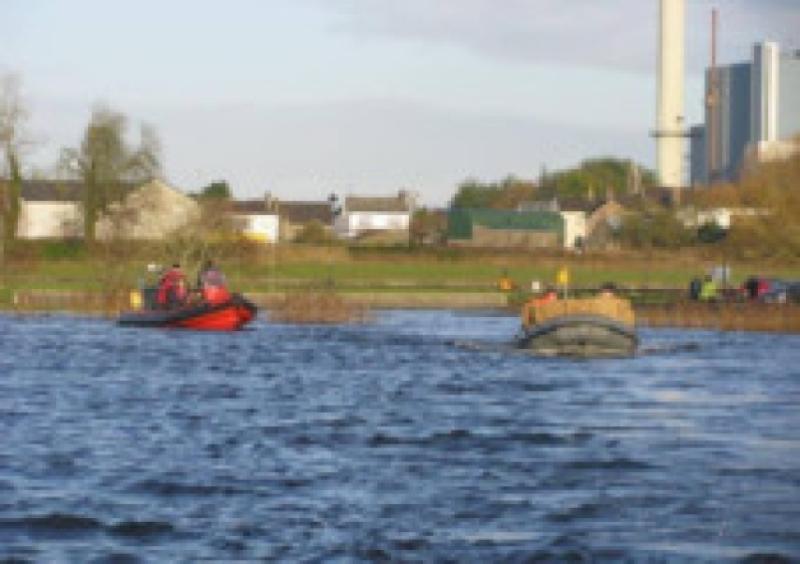 Two local groups carried out a ‘mercy mission’ as they delivered food to horses and donkeys stranded on the Shannon in Lanesboro.

Two local groups carried out a ‘mercy mission’ as they delivered food to horses and donkeys stranded on the Shannon in Lanesboro.

Newtownforbes-based charity Hungry Horse Outside joined forces with the Longford Civil Defence to assess the situation, after the charity received a number of calls about horses stranded on an island.

It was originally reported that up to 17 horses as well as two donkeys were stranded on the marshy land since before Christmas with no fodder for a month.

Yesterday, Wednesday, Hungry Horse Outside and the Civil Defence made their way to the island and they brought food for the animals with them.

27 horses and two donkeys in total were counted, including at least ten pregnant mares, who require specialist feed.

The charity, along with the Sub Aqua Club and Civil Defence, will make their way over to the horses again this coming weekend.

Hungry Horse Outside are appealing to the owner of the animals to come forward, so they can offer their assistance.

Anyone with any information on the owner or the land owner are asked to contact the charity, where all information will remain confidential.