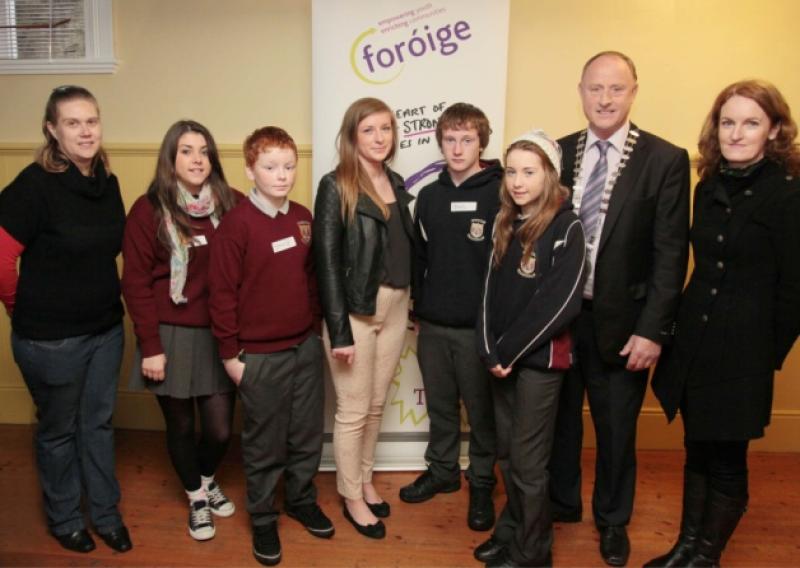 The new council was elected last month in the Temperance Hall at the Longford Comhairle na nÓg AGM. More than 70 students attended, including representatives from all nine secondary schools in the county, along with youth groups such as the Longford Youth Services, the Attic Youth Cafe and LEAP.

At the AGM, the students discussed a number of issues including their ideal community and bullying. They then took part in workshops relating to the topics before electing new members to the council.

Speaking to the Leader after the event, Longford Comhairle na nÓg coordinator Ciara McGarry Quinn explained that students had “engaged really well” with the activities and discussions. As for the first meeting of the new council, Ciara was thrilled with how the students got on. “They had a good grasp of what Comhairle na nÓg was about and what they were expected to do” she explained.

The first meeting of the new council saw the election of representatives for Dáil na nÓg, which takes place this Friday, November 15 in Croke Park. David Murphy and John Doran from Moyne Community School; Tonisha Lee and Alison Reid from Meán Scoil Mhuire; and Thomas Ganly from St Mel’s College will travel to Dublin for the day to discuss the topic of mental health which has been chosen for this year’s Dáil na nÓg.

The students also chose their representative for the National Executive. The National Executive, Ciara explained, consists of one student from each Comhairle na nÓg in the country. They meet once a month in Dublin to work on the recommendations that come from Dáil na nÓg.

At the AGM, the students came up with a number of topics they wished to work on. the top three that have been identified so far, Ciara explains are “bullying, peer pressure and the perception of Longford among people in Longford”.

For now, Longford Comhairle na nÓg will meet twice a month where they will continue to get involved with their local area, working on the topics they have identified to make Longford a better place for themselves and their peers.