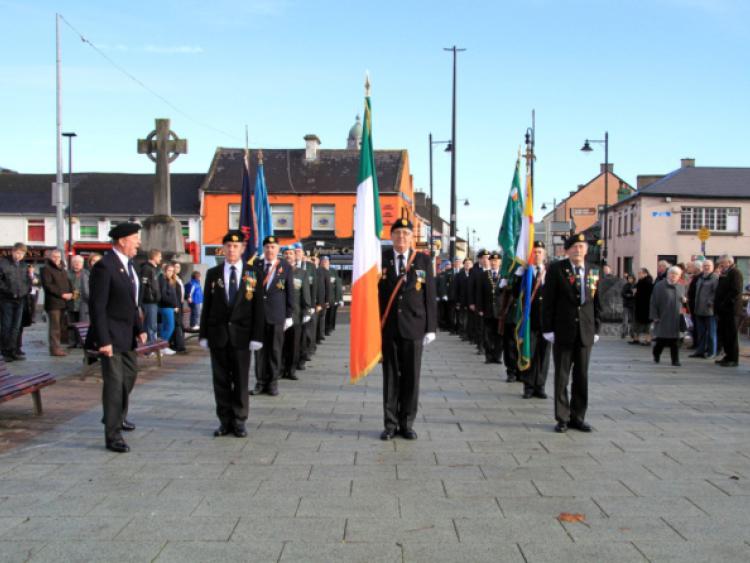 Last Sunday saw large numbers of local army veterans turn out to remember soldiers from Co Longford who died in the line of duty.

Last Sunday saw large numbers of local army veterans turn out to remember soldiers from Co Longford who died in the line of duty.

Held to concide with Rememberance Day on November 11, a group of veterans led by the Peter Keenan Branch of Óglaigh Náisiúnta na hÉireann marched from the Cathedral carpark to the war memorial at the Market Square in Longford town, where a commemorative ceremony took place.

“This year we were joined by members of the Athlone Branch of the Irish United Nations Veterans Association,” explained Hugh Farrell of the local ONE branch. “I read a history of the Market Square memorial and that was followed by a prayer service co-celebrated by Fr Tom Murray and Canon David Catterall. Afterwards, Peter Philips read ‘The Soldier’ and Mick Fitzpatrick read ‘The Fallen’.”

Wreaths were then laid by members of the local authorities and the veterans associations, including one on behalf of Micky Reilly, a local World War II veteran who was unable to attend.

As the ceremony concluded, buglers and drummers from ONE and IUNVA were joined by the Longford Pipe Band to sound the Last Post and Reveille. Mayor Paul Connell then invited participants to refreshments at the Longford Town Council offices.