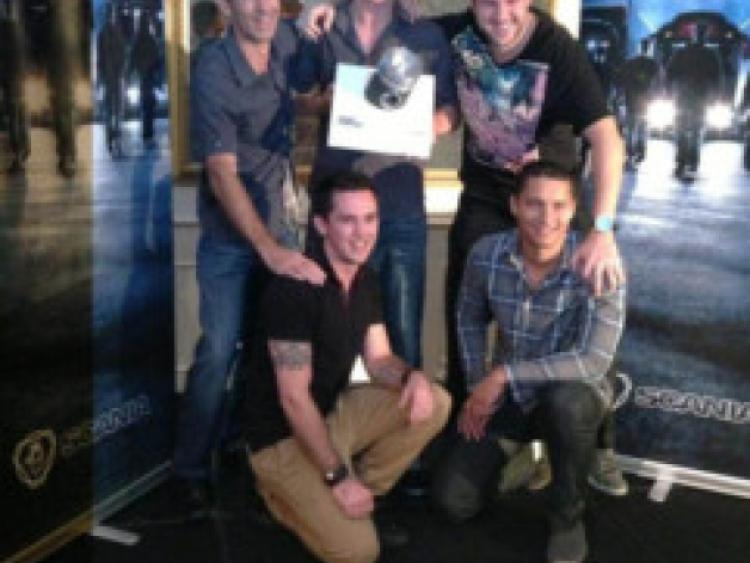 A Tarmonbarry man who emigrated to Australia three years ago is preparing to compete in the finals of Scania’s Top Team competition.

A Tarmonbarry man who emigrated to Australia three years ago is preparing to compete in the finals of Scania’s Top Team competition.

Michael Farrell and his team, the Southern Stars, will travel to the truck manufacturer’s headquarters in Södertälje, Sweden in November, where they will compete against opponents from across the globe.

“To make it this far is unbelieveable, but myself and my four teammates are determined to do our utmost to win the title,” said the 27-year-old, who works as a HGV mechanic at Scania’s workshops in Sydney. “The prestige of getting this far is great.”

The tournament in Sweden will be the pinnacle of a remarkable year for the Southern Stars, who claimed victory at the national competition in Australia and the Oceania regional finals, which were held in Bangkok, Thailand last April.

“We couldn’t believe it when we won in Bangkok,” Michael admitted. “The level of expertise and knowledge of the teams was huge. And after we won, the company flew us first class to Phuket for a week’s holiday.”

If successful at the world finals in Sweden, Michael and his five teammates will share a grand prize of €50,000.

But regardless of whether his team wins or not, Michael’s attendance at the finals will have other advantages.

“We will be flown first class to Sweden,” he explained. “Then the company will fly me first class to Dublin so that I can spend Christmas at home with my family, and then back to Sydney first class again.”

It will be a welcome break for Michael, who these days can only see his parents when speaking to them on Skype.

“It’s hard being so far from home, but I was home last Christmas and my parents came to visit for three months last year,” said Michael, who is the eldest son of Chris and Marie Farrell.

He’s not alone in Australia, however.

“My brother David lives in Perth, and James came over to me here in Sydney two years ago,” explainedMichael, who formerly worked for Westward Scania in Strokestown. “I have one sister, Tara, who’s the baby of the family and she has been here since July. My other brother, John, lives in West Cork back in Ireland with his partner, Laura, and their daughter Eva.”