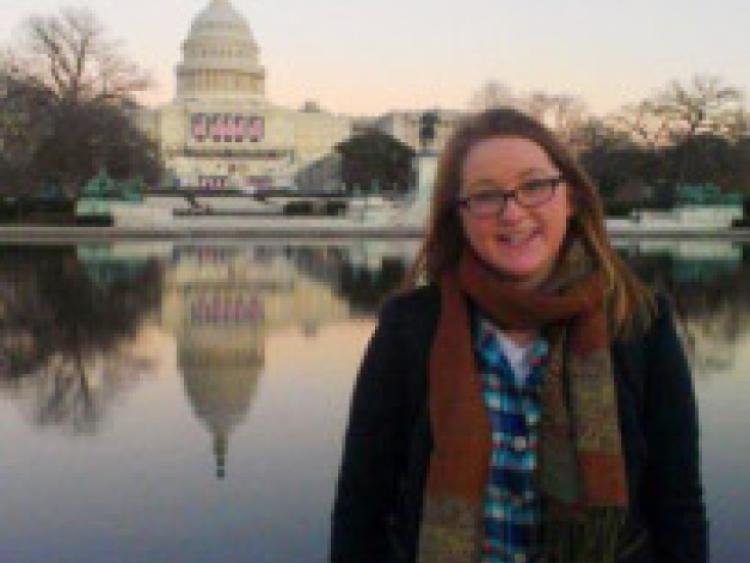 A Longford student based in Boston spoke of how she made the fortunate choice not to go into the city to watch one of the world’s most famous marathons, on the day that it grew in fame for all the wrong reasons.

A Longford student based in Boston spoke of how she made the fortunate choice not to go into the city to watch one of the world’s most famous marathons, on the day that it grew in fame for all the wrong reasons.

Síona Cahill, from Colehill, currently on exchange at Boston College from NUI Maynooth, recalled the moment that she stood among US students as they watched the dramatic scenes unfold just 15 minutes away in the city centre.

“I was out at Boston College at the time of the marathon, which is about 15 minutes away. We didn’t hear anything. At the time I found out about it, I was on the upstairs balcony with a group of friends and it came on the news.

“We had music on and it was immediately turned off and everybody just turned in silence to the TV. It’s not something that I’ve ever experienced before,” said Síona, speaking to the Leader, just an hour after the two blasts brought Boston’s famous marathon to a halt.

“It’s a huge, huge day here in Boston. The atmosphere is huge and people have been out since seven or eight o’clock in the morning. It’s a huge family day.

“Boston is not so far away from the effects of what happened a few years ago and that’s still in people’s minds. The immediate thing was trying to contact family and friends. People were emotional, obviously, but it was more just in shock.” she said.

Síona said she had contemplated joining the thousands in the city centre to watch the race, but eventually decided to stay with her college friends, including Ailish McGovern from Mullingar.

“I actually had thought about going in earlier this morning, because I didn’t know where the best place would be. But Boston College is always a good spot to be in because it’s at ‘Mile 21’, which is a really big point on the marathon because they’re just after coming up what’s referred to as ‘Heartbreak Hill’. Every student I know would have been at ‘Mile 21’ and would not have been in town.

“Security would have been very tight; there was military where I was, which was five miles from the finish line.

“The Boston College students all get super-fan jerseys on. I saw several Irish runners. I saw one who had an RCSI (Royal College of Surgeons Ireland) running jersey on him. We chanted at them and gave them ‘high fives’.

“Boylston Street (where the blasts occured) feels like a local street to me. It’s like Ballymahon Street in Longford. It’s only ten minutes on the tram. Some of our favourite shops are there; it’s a café district,” said Síona, who is studying Law and Sociology at the famed institution.

Daughter Carol and Mick (Co Councillor), Síona has maintained her strong interest in politics in the US, becoming involved in the Obama campaign before Christmas and also campaigning for Elizabeth Warren (US Senator from Boston).

She’s due to return at the end of June and holds no fears about remaining on in Boston.

“I’ve never once felt unsafe here. It’s still not a situation where I feel unsafe, but to sit in a room with US students experiencing that is not something I would want to ever happen again. It was upsetting to experience.”