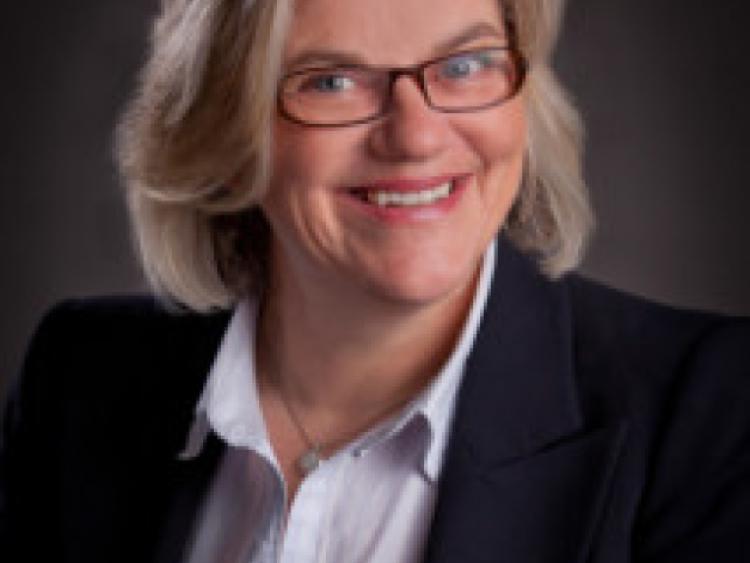 In my years with Concern, I have seen and experienced a lot of good and bad things. I have met challenges and circumstances in my work that I never thought possible.

In my years with Concern, I have seen and experienced a lot of good and bad things. I have met challenges and circumstances in my work that I never thought possible.

But the greatest ongoing personal challenge for me, is coming to terms with the injustice of gender inequality and how it is compounded and multiplied when you are poor.

When I joined Concern as a Volunteer, I came from 15-plus years of working in the private sector. I had no real idea how I would contribute to their mission But I knew in my heart I wanted to give it a try and so I started a journey that took me to many countries from war torn Kosovo, Mozambique and Afghanistan.

In every one of these countries I have worked in, I have seen how inequality keeps women and in most cases their children in poverty. They are:

• Denied the right to own land or property

• Denied the right to paid work

• Used as instruments of war through rape, abuse and mutilation

And in every country I’ve worked in I have seen women rise above insurmountable obstacles to keep their children alive, to give their children a better chance in life than they themselves got.

Women such as “The Amazing” Martha in a remote part of Mozambique in 2008. She’s about 40, a widow to Aids and has a daughter and a son. When Martha joined Concern’s livelihoods programme she was not in good shape - she was dependant on her in-laws for pretty much everything. She had some land but was not able to work it by herself. Through Concern she received a few Guinea Fowl and did very well in her poultry rearing; progressed to 2 goats; worked her plot in the community garden 5 miles away.

And through her hard work she got enough money together to hire men to work her land and she grew her crops. When I last saw Martha in 2011, she was growing her third crop, had trained and given a neighbour two goats, improved her mud and wattle home. But the thing that she was most proud of was her new bicycle – which meant she could transport the three jerrycans of water per day by herself - so that her daughter and son could go to school. Since Martha had the bicycle – her children had not missed one day of school.

Martha’s story is repeated in all 24 countries around the world where Concern is working to empower and improve the lives of the poorest. Give them training and a small amount of resources and they take it from there, through their own hard work and drive. Now that’s the kind of return on investment that we can get really excited about.

Throughout Concern’s work the equal inclusion of women in all our work is a given, but in some countries this is a very big challenge. Afghanistan, where I currently work is possibly the most obvious example.

Though the situation for women in Afghanistan is still dire and attitude and cultural practice is very slow to change especially in rural areas, where the majority are illiterate and ignorant of life beyond their villages. Where women still have no voice, are forced into arranged marriages, are targets of extreme fundamentalism for working or going to school.

But things are changing, mobile phone technology is reaching remote places and connecting communities, radio and TV are opening windows to the outside world, that for many never existed before or was something to be feared, and with that comes a very slow change in attitude towards women and their rights.

Ten years ago as part of a reforestation plan, Concern in partnership with the local Ministry of Agriculture and Forestry opened two tree nurseries (with funding from this very event), so that people could re-plant the orchards and trees decimated and eroded over the many years of war and poverty. These nurseries work with the most marginalised, both men and women including deserted wives, or widows with no support; some are cast out by family for refusing marriage arrangements and shunned by community.

These women come every day and tend to their seedlings and saplings. Here is a place where they work together and alongside poor men equally and in harmony; they are respected and feel safe.

When the project started back in 2002 production was around 16,500 saplings per year now the average over the last 4 years is about 27,000 The nursery also expanded into Bee keeping and vegetable gardening. But beyond the nursery there are real important spin-off benefits that have occurred as these women have become empowered. Local shopkeepers are giving the women items on credit because they know they can afford to pay.

One woman in the group has a little literacy and she is teaching the others the basics of writing their names and basic numeracy. This sounds like a very small thing but you cannot imagine the pride and joy on poor women’s faces the first time they sign their name. It changes their whole sense of self-worth, they are bursting with delight; it’s very infectious and something I never tire of experiencing

Today we are exploring ways to take this project to the next level of sustainable independence from Concern, which opens a whole new chapter of challenges, constraints and doors that are closed to women, but we will explore every avenue we can.

The nursery is just the tip of Concern’s work in Afghanistan and in all of it we strive towards equal (or as near as we can get to equal) inclusion of women in the decision making, benefits and the implementation of the projects.

For more information about Concern and the work they do, visit: www.concern.net