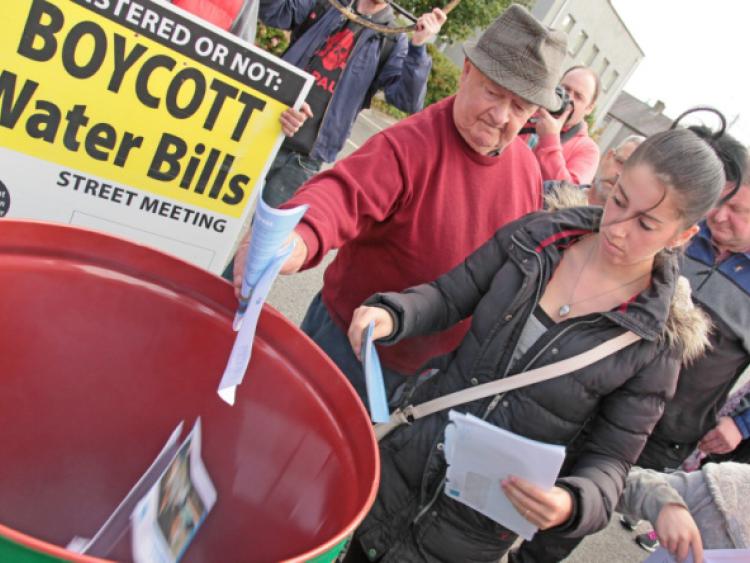 The Government has been told the campaign to scrap water charges will not go away after demonstrators staged a ‘Burn Your Bill Day’ in Longford town at the weekend.

The Government has been told the campaign to scrap water charges will not go away after demonstrators staged a ‘Burn Your Bill Day’ in Longford town at the weekend.

As a number of attendees proceeded to throw their bills into a smouldering makeshift bin, organiser Tena Keown said Irish Water was nothing more than a failed public entity.

“When you look at how much they (Irish Water) spent on consultancy fees, it would have been cheaper to repair all of the pipes in the country and they are not even doing that. All they are doing is putting in meters.”

She said the Council’s decision to pass on details of tenants to Irish Water earlier this year was a step too far.

“The reason we are stood in the council car park is because they had the cheek to pass on tenants’ details,” she said, while similarly taking issue with its elected members.

“And that motion of no confidence that was passed, they might have patted themselves on the back but it really meant damn all in reality because the Water Bill had been signed a few weeks before that.”

She was not alone in venting her anger at what has become one of the longest running political sagas in recent memory.

Adrian Thompson said he would not be coerced into paying for a public service he believes taxpayers are already contributing towards.

He said he was already among the estimated 500,000 who would not be availing of the Government’s €100 water conservation grant.

“It needs to be done away with because we are already paying for them as it is. I even got the €100 (grant) from social welfare, but I refuse to pay it (charges). I even burned that today as well.”

Another protestor, Ann O’Leary said she had torn up her letter from Irish Water and said the recent flurry of water meters being installed countywide had done little to lift her mood.

“I tore the letter up and everything,” she told the Leader as demonstrators began to disperse.

“My meter is leaking constantly since they put a meter in at the end of my road.”

The final word however was left to Ms Keown as she issued a stern warning to government chiefs.

“And as far as we are concerned the water charges and Irish Water have got to go.”