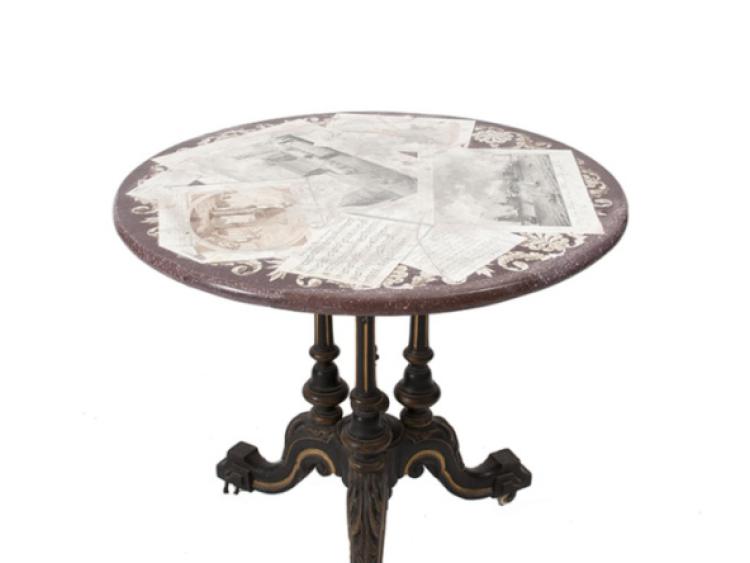 A rare 19th century table once owned by Maria Edgeworth is expected to fetch up to €50,000 when it is auctioned next week.

A rare 19th century table once owned by Maria Edgeworth is expected to fetch up to €50,000 when it is auctioned next week.

The table, which was until recently housed in St John’s Church in Edgeworthstown, is currently owned by the Church of Ireland, who have engaged art auctioneers James Adam to offer it for sale at their Country House Collections sale at Slane Castle on October 12.

“We only recently realised how valuable it is,” explained Rev. Canon Janet Catterall of St John’s. “Basically, we’re not able to keep the table in the condition it should be kept in and we can’t afford to restore or insure it; it’s a work of art that deserves to be cared for and appreciated in a way we can’t.”

The table is thought to have been a gift to Maria Edgeworth from Scottish novelist Sir Walter Scott. Dated 1832, it is believed to be one of only two Pietro Della Valle scagliola trompe ‘oeil circlular table tops still in existence.