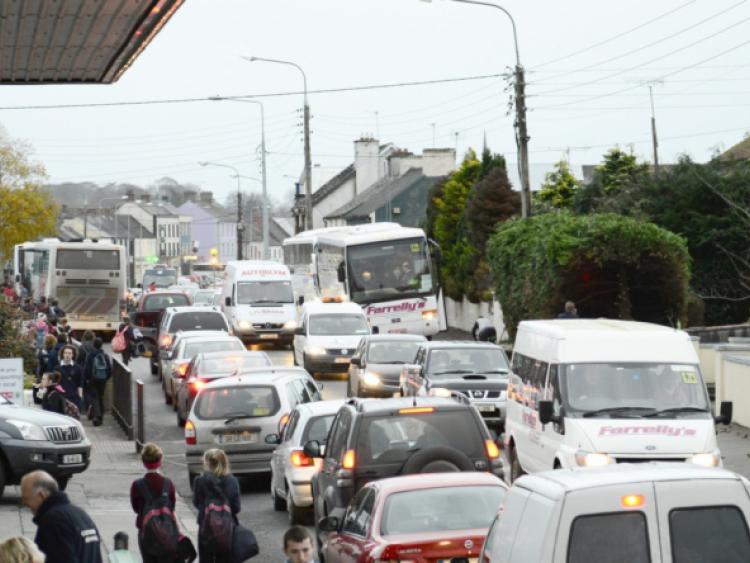 Concerns over the dangers at the junction in Ballymahon that leads onto the N55 Athlone were raised during last week’s Municipal District meeting in the town.

Concerns over the dangers at the junction in Ballymahon that leads onto the N55 Athlone were raised during last week’s Municipal District meeting in the town.

The meeting heard that traffic lights could be the answer to the difficulties for motorists coming for all directions; difficulties it seems, that have been escalating at the junction - which is known locally as Nally’s Corner - for some time now.

Cllr Pat O’Toole (FF) said it was his belief that traffic lights would serve to “calm” matters. “That junction is becoming very dangerous,” he added. “There is no doubt in my mind that traffic lights would certainly help to make that junction a lot safer for motorists. It is becoming more and more difficult for motorists to get onto the N55 from Ballymahon’s main road.”

During the meeting, local area representatives heard from Ballymahon area engineer Alan Slattery that all road works from now on would be determined by the National Roads Authority (NRA).

“Longford Co Council can make submissions,” said Mr Slattery, “but it will be the NRA that will decide what will be done and what will not be. There are low cost schemes available, but the NRA makes the decisions.”

“Well something urgent is going to have to be done,” added Cllr O’Toole.

It was subsequently decided to leave the matter on the agenda and discuss it in more detail at the next meeting.