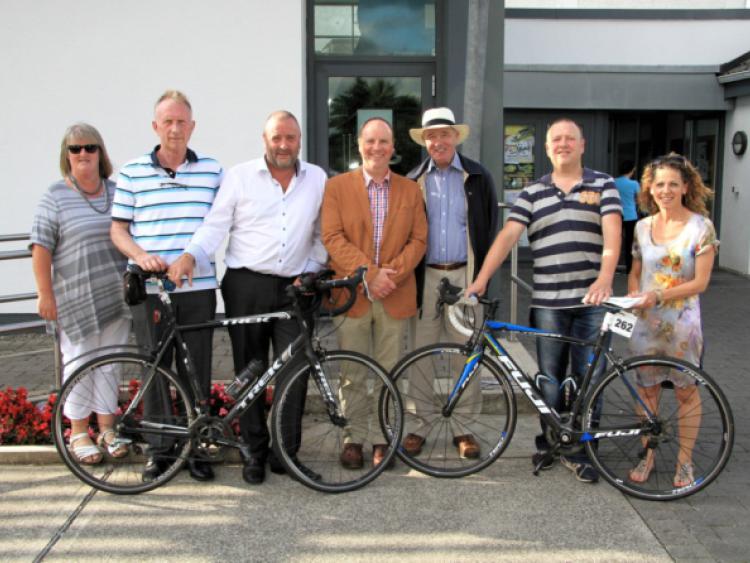 After raising more than €3,000 for the Children of Chernobyl last year, the Longford Lions Club are getting back on the saddle this Sunday, July 27.

After raising more than €3,000 for the Children of Chernobyl last year, the Longford Lions Club are getting back on the saddle this Sunday, July 27.

This year, the club will support two very worthy local causes - The Attic and the Aisling Children’s Arts Festival.

Starting from the Mall, the fifth annual cycle will get underway at 10am.

There will be three routes on the day, a 20km route along the canal for families, a 50km route and a 100km route to suit both casual and seasoned cyclists. Speaking to the Leader, Chairperson of the Longford Lions club, Niall Gannon, says, “The family cycle will be the first organised cycle along the new canal route.”

Registration for the event will take place that morning from 9am to 10.30am at the Scouts Den, followed by a race briefing at 9.50am. After the cycle, there will be food and refreshments served back at the Scouts Den.

More than 100 people took part in the last year’s event, and Niall is hoping to repeat that success, saying, “It would be great to see big numbers again”.

Niall also extends his thanks to all who took part in last year’s successful event.

For more information on the Lions Club or the cycle, search for Lions club annual cycle on Facebook.