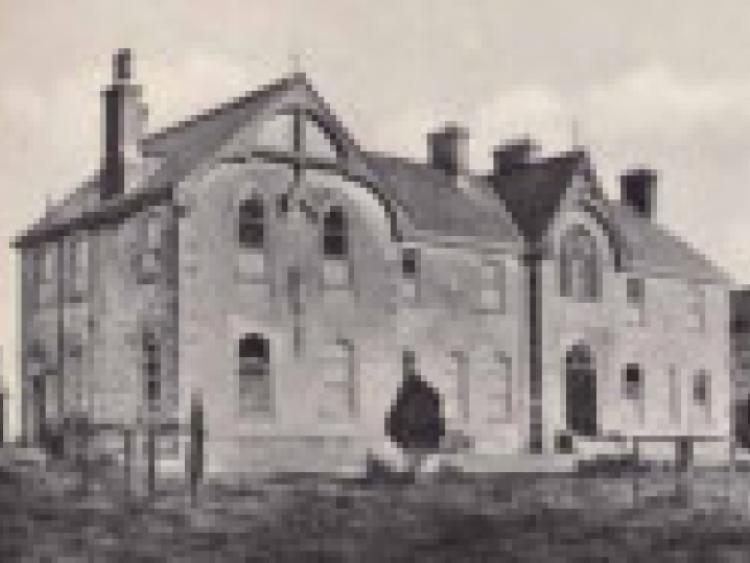 There was a little bit of history in the making in Granard last month when the Sisters of Mercy, handed over the convent in the picturesque north Longford town, to the Sue Ryder Foundation.

There was a little bit of history in the making in Granard last month when the Sisters of Mercy, handed over the convent in the picturesque north Longford town, to the Sue Ryder Foundation.

The story of the Sisters of Mercy in Granard began in 1881 when six sisters from Newtownforbes responded to an invitation from Dean O’Flanagan and Bishop Woodlock to teach, and nurse in the local Workhouse.

The work of the Sisters of Mercy began in the Workhouse Infirmary. Classes were held in the stables of Springlawn House, the humble beginning of what was to become a beacon of hope for the people of the area. In 1891 the Convent School was built. It was the beginning of a new era for the people of Granard, and as the Sisters of Mercy took education and nursing care into the towns and villages of Ireland, the chain of poverty and oppression was gradually loosened.

Speaking to the Leader, Charlie McDonnell of the Sue Ryder Foundation - a not-for-profit organisation dedicated to helping older people live safely, securely and independently, with a choice of services to suit all needs - pointed to the community benefits the handing over would have, and said discussions had taken place with Longford’s County Manager, Tim Caffrey with a view to establishing 42 residential houses on the site.

“We did have planning permission for 42 housing units, but it is gone out of planning now because of the fact that we have no finance available,” added Mr McDonnell. “That would still be something that we would like to see happening in the future; certainly we will be in further negotiations with the county manager with regard to developing that site.”

Mr McDonnell went on to say that a board meeting took place two weeks ago, and that to date, the former convent in Granard had been made safe and secure. “The structure is in very good condition, so we want to keep the site maintained for the moment,” he continued. “We need to establish a community plan for the Convent and we very much appreciate the generosity of the Sisters of Mercy in Granard.”

In a statement the sisters said, “The Sisters of Mercy are now happy to donate the home they loved so well, to the Sue Ryder Foundation to provide accommodation for people in their senior years.

“On Tuesday April 30, 2013 the keys of Sacred Heart Convent were handed over to the Sue Ryder Foundation,” they added. “The transfer is a fitting tribute to the dream of Catherine McAuley, foundress of the Sisters of Mercy, who sought in her time to respond to the human heart with hope and with compassion. It is a tribute also, to all the people of Granard who continue to act justly, to love tenderly, and to walk humbly with their God. And finally, the presence of the Sue Ryder Foundation is a moving tribute to all the Sisters who gave their lives and enduring commitment to Granard over all the years. Their footprints live on the sands of time.”