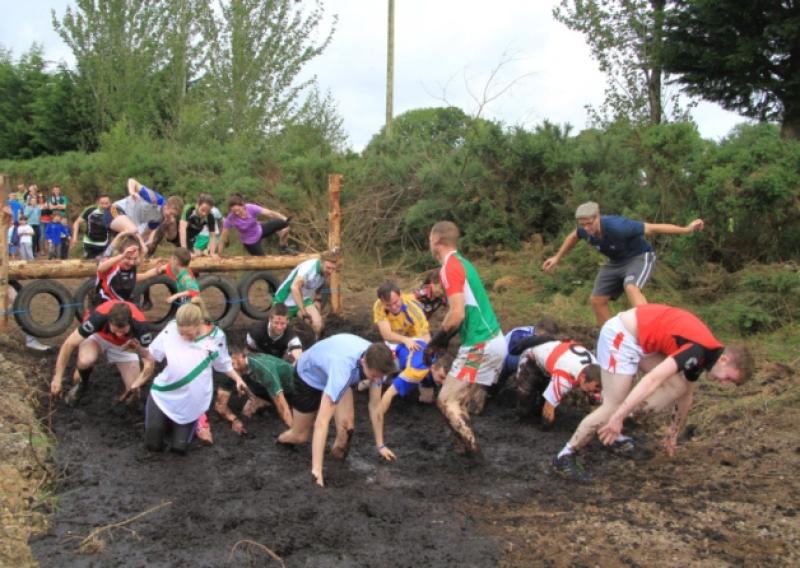 A comedy sketch filmed in Ballinalee at the weekend has received over half a million hits on Facebook.

A comedy sketch filmed in Ballinalee at the weekend has received over half a million hits on Facebook.

Rory from Rory’s Stories was invited to the north Longford village last Saturday to promote the upcoming MudFest which is scheduled to take place on Saturday, October 31 next.

While in Ballinalee, Rory filmed in a short satirical sketch based on the anticipation of the following day’s All-Ireland semi final game between Tyrone and Kerry.

A number of locals were also rounded up to participate and they included goalie, Eugene Murtagh and Padraig Brady of Sean Connollys who were the Tyrone players on the day and Declan Farrell, Colmcille; Cillian Burns Emmet ÓG - the legendary Jimmy Fox and young Mr Murphy.

The two umpires were Greg Doris and Colin Dalton.

Instead of ruffling feathers, the sketch ruffled some hair and proved extremely popular on social media. Once the game took place in Croke Par k and Kerry emerged victorious, the video received even more interest.

Meanwhile, the promotion video for the Mudfest has been uploaded and this too is proving rather popular on the social media front.

Cllr Micheál Carrigy explained to the Leader on Monday what the Mudfest is all about.

“The aim of the Mudfest is to raise funds for the local GAA club,” he said, before adding it would be a gruelling challenge over “difficult terrain” that would appeal to people of all ages from all over the country.

“It is a 6km obstacle course through lakes and bog and we are looking for the fittest team in Ireland to emerge out of this.”

Teams of ten people are invited to participate and entry fee is €200 per team. The event takes place on October 31. There are prizes of €1,000 each for the best men’s team and best ladies team as well as other accolades up for grabs.

“There are great prizes on offer and it will provide an opportunity for all those who are interested to get out and get fit,” added Cllr Carrigy.

“It’s a tough course, there is no doubt about it, but it will be worth the challenge.”