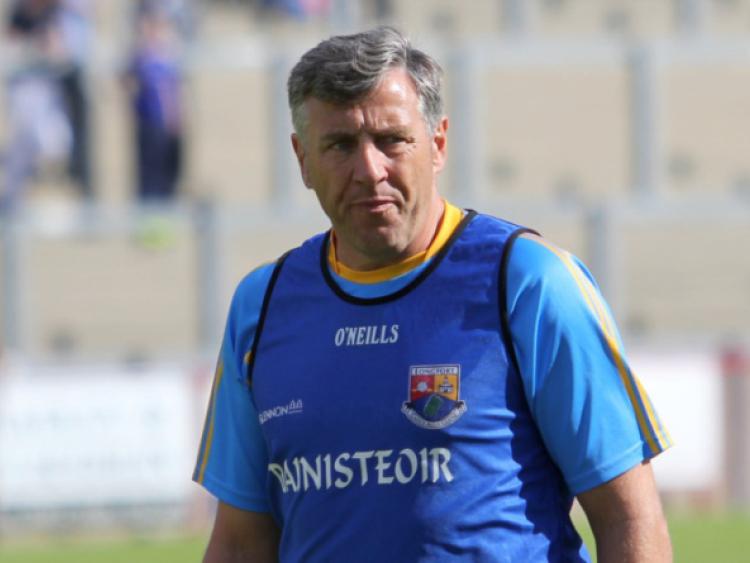 Longford got off to a disastrous start, leaking a goal inside 90 seconds, and matters went downhill afterwards as they played second fiddle to their opponents all over the pitch. Tipp led by 1-8 to 0-4 at half-time and boosted by a Peter Acheson goal, it was 2-10 to 0-4 in their favour before outclassed Longford raised a flag in the concluding half. Seventeen points separated them at the final whistle as Longford were well outclassed.

The Division 4 champions had no difficulty punching holes through Longford’s blanket-defence and they had superb performances from Conor Sweeney, Acheson and Barry Grogan. In fact when Longford did string together some decent moves, the end product wasn’t up to scratch and their seven first half wides was a luxury they could ill afford.

Tipperary, who lost narrowly to Cork in the Munster SFC semi-final by 1-11 to 0-16, got off to the perfect start as within 90 seconds full forward Michael Quinlivan ended up one-on-one with Longford ‘keeper Damien Sheridan and he confidently slotted home a goal. Quinlivan later went off injured in the 13th minute but this didn’t deter Tipp.

Two converted frees by Conor Sweeney and a lovely point by Barry Grogan helped Tipp establish a 1-3 to 0-1 cushion by the 17th minute. Longford’s opening point came from Michael Quinn, operating alongside Barry O’Farrell at mid-field, in the 14th minute.

Just as they did against Derry, Longford boss Jack Sheedy opted for a two man inside attacking line of Paul Barden and Brian Kavanagh but they found quality possession hard come by as Tipp tackled tenaciously. Kavanagh’s landed Longford’s second point from a free but Tipp replied with three in-a-row through Sweeney, Grogan and their full back and captain Paddy Codd, 1-6 to 0-2 after 29 minutes.

Longford did manage to create some openings however they were dogged by poor shooting and they racked up seven first half wides. Sean McCormack (free) and Paul Barden (an excellent point from all of 47 metres out) raised white flags for Longford, but Tipp responded with two of their own from the enterprising Peter Acheson at centre forward, thereby giving the Premier County men a commanding 1-8 to 0-4 interval advantage.

Longford really needed a bright start to the concluding 35 minutes, however, it failed to materialise as Peter Creedon managed Tipp continued to pile on the misery for the visitors. Barry Grogan converted two frees and Peter Acheson fisted in a goal, following a high centre by Sweeney, making it 2-10 to 0-4 after 46 minutes and there was no way back for Longford.

Enda Williams came up from centre back to score Longford’s first point of the second half in the 52nd minute - indeed it proved to be their only score from play of that dreadfully one-sided half as their other score came courtesy of a 60th minute Brian Kavanagh converted free. There wasn’t even a cheer from the Longford supporters to greet Kavanagh’s point and this summed up just how bitterly disappointing an evening it was for the visiting side.

Tipp were dominant at mid-field through Steven O’Brien and George Hannigan and they added points per Brian Mulvihill and Conor Sweeney (2), making it 2-13 to 0-5 after 59 minutes.

Kavanagh’s 60th minute pointed free reduced the deficit to 13 points, 2-13 to 0-6, and Tipp, buoyed on by their vocal supporters who were gathering for their hurling qualifier joust with Galway, completed the rout with four unanswered points by Sweeney (3) and sub Colman Kennedy, giving them a massive 17 points winning margin.

It was a long way from 2006 in the All-Ireland SFC qualifiers when Longford, managed by Luke Dempsey, crushed Tipp by 1-23 to 1-10.

And after this mauling at Semple Stadium, the reality for Longford is that the heroics of a fortnight ago when they overcame Derry have been long forgotten and manager Jack Sheedy will be under serious pressure should he wish to remain at the helm for a second season. His appointment was for an initial one-year term.