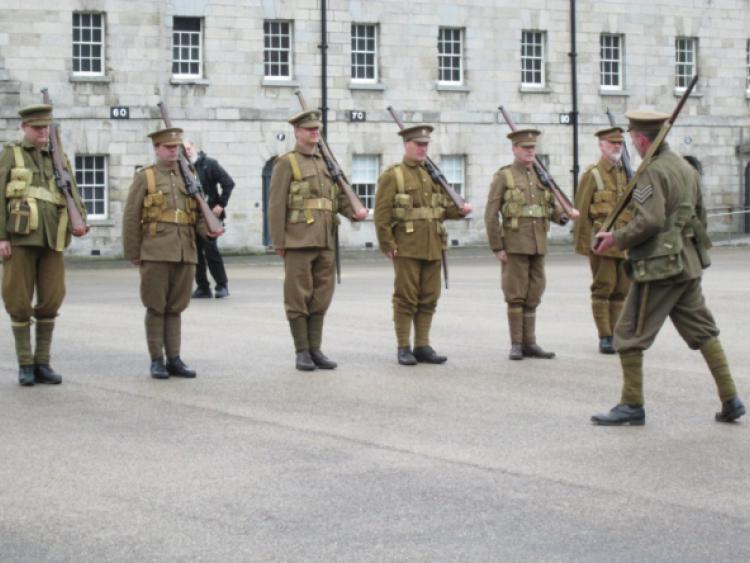 This weekend will see Remembrance Sunday commemorations taking place right across the globe, and Longford will be no exception.

This weekend will see Remembrance Sunday commemorations taking place right across the globe, and Longford will be no exception.

Remembrance Sunday takes place close to the anniversary of Armistice Day, when the document which brought an end to World War I was signed on the 11th hour of the 11th day of the 11th month of 1918. And this year’s events will have added poignancy as 2014 marks 100 years since the conflict erupted.

Estimates place the number of people with Longford connections who took part in the Great War at around 4,000. County Longford Historical Society will host a lecture on the topic, entitled ‘County Longford and World War I’, which will be delived by historian David Leahy in the Sylvia Dawson Hall at St Christopher’s, Battery Road, Longford, this Thursday, November 6. Admission is free.

Then on Remembrance Sunday, November 9, a special ceremony will take place centred the World War I memorial on Longford’s Market Square. Organised by the Peter Keenan Branch of Óglaigh Náisiúnta Na hÉireann (ONE) - the organisation of ex-servicemen and women - in conjunction with Longford County Council, it will also feature participants from the Irish United Nations Veterans Association and Lord Edward’s Own; a historical re-enactment group who will be representing soliders from the Leinster Regiment - a unit with which many Longford men served during the war.

At 10.40am, the participants will march behind a pipe band from the Cathedral car park to the Market Square, where an ecumenical ceremony will take place at 11am. Following this, there will be a wreath-laying and readings of ‘The Soldier’ and ‘The Fallen’. There will then be a minute’s silence before the Irish flag is raised and Reveille is played by a trumpeter. The ceremony will conclude with the pipe band playing ‘Amhrán na bhFiann’.

Refreshments will be served afterwards at the Council offices on the Market Square, which will also feature a display of memorabilia.