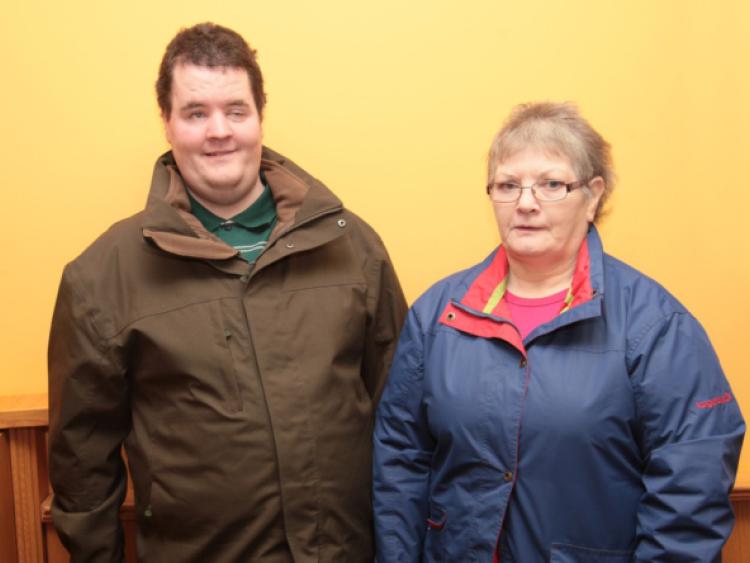 A key figure behind local fundraisers for Irish Guide Dogs for the Blind, Bernard has become one of the county’s most qualified fundraisers. What’s more, Bernard is blind.

With three brothers and two sisters, Bernard’s mother Roisin explained that while Bernard needed a lot more care and attention, it didn’t phase his siblings, particularly his younger brother Padraig, as the two brothers were ‘like twins’.

As a young boy, Bernard attended a Montessori school in Melview, and learned braille before attending St Colmcille’s NS, Aughnacliffe until the age of eleven. Then, Bernard went to St Joseph’s School for the Blind in Dublin. Attending the Drumcondra school meant that Bernard had to live there from Sunday to Friday, returning home at weekends. “Initially, I found it difficult, but I then found out I had no other choice so I had to adapt” Bernard says, explaining that when he did adapt, he really enjoyed school. Bernard then studied in Pobalscoil Ros Mini.

Completing his Leaving Certificate in 2005, Bernard took on a course in Roslin Park, Sandymount as part of the Rehab Group, where he completed an ECDL course. “It gave me a better grasp of computers” the Aughnacliffe man explains.

“If I hadn’t have done it at that time, I probably wouldn’t have ended up doing it.”

From 2007-2008, Bernard undertook a course in Ballsbridge in International Events Management. Following on from that course, Bernard was given the opportunity to study in Swansea, Wales, thanks to a link between the two colleges. “Swansea is a lovely city” Bernard smiles.

“I’d go back in the morning if I could!”

Earning a Diploma in Business Management from the Swansea Metropolitan University, Bernard returned home in 2009 to work on FETAC Level 5 and 6 courses in Radio Broadcasting in Dun Laoghaire College of Further Education.

The Aughnacliffe native also travelled to Manhattan about a year and a half ago to speak to a group of bankers from Standard Chartered Banks.

“I was invited to give a talk to them about how I coped with being blind” Bernard says, explaining that his cousin works there, and they were setting up a charity called ‘Seeing is Believing’.

Bernard currently works part-time, doing relief work on a switch board, but when he’s not working, he visits the Irish Wheelchair Association Resource Centre in Kenagh to spend time with the people there.

Bernard took on a unique challenge last year in memory of his uncle Tommy, sporting a green mohawk for a week as part of the annual ‘Shave or Dye’ campaign.

Getting involved with the Irish Guide Dogs for the Blind fundraisers thanks to locals Tom and Breege O’Neill, Bernard has been helping to organise the events for around ten years.

The most recent event took place just after Christmas and around €3,0 00 was raised.

This was just another success for Bernard to add to his long list of achievements .

ernard loves helping to organise the fundraisers, and it’s clear from his qualifications, in particular in events management, that the Longford man is a great asset to any event!