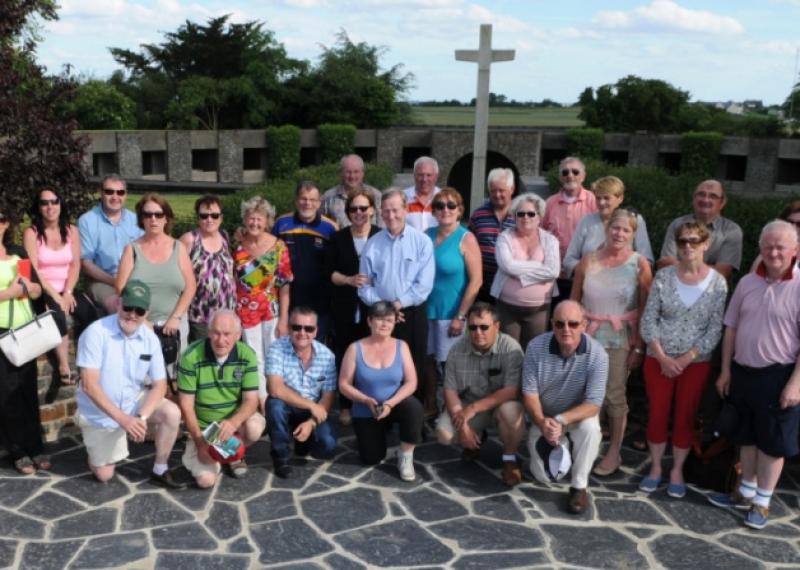 Over the past sixteen years Longford has been twinned with Noyal Chatillon Sur Seiche, a French town situated in the heart of Brittany, close to the historic city of Rennes.

Over the past sixteen years Longford has been twinned with Noyal Chatillon Sur Seiche, a French town situated in the heart of Brittany, close to the historic city of Rennes.

Numerous exchanges of young people and adults have taken place over that time with some 2,000 citizens of Noyal and Longford experiencing every aspect of each others’ culture and hospitality. This year was no different.

On Saturday, June 7 last a delegation of 25 people left Longford for Noyal Chatillon.

On arrival, the group was warmly welcomed by the recently-elected Mayor, Gilles de Belair, the Deputy Mayor for Culture and Twinning, Madame Le Coz, the President of the Comite Jumelage, Andre Guyomard and the French families who opened their homes and their hearts to the Longford delegation over the following four days.

These students are part of an ongoing annual exchange programme between Longford and Noyal Chatillon Sur Seiche.

Speaking at a civic reception held in honour of the Longford delegation on Saturday evening, Mayor Gilles de Belair and President of the Noyal Chatillon Comite Jumelage, Andre Guyomard welcomed the Longford group. They emphasised the value of this exchange in terms of learning more about each others’ history, language, food and music and emphasised their ongoing commitment to the exchange.

CEO of Longford County Council, Tim Caffrey, addressed those gathered saying: “I would like to thank Andre Guyomard and the Comite Jumelage who put so much work into planning the programme for this visit. I would also like to pay tribute to the Longford team headed by Dan Rooney and Mary Carleton Reynolds who have over the years put so much time, thought and energy into the Twinning between our two towns.

“ They have helped to make it the great success story that it is.”

He continued by saying, “It is also great to see the young people from Longford here in Noyal Chatillon.

“Thank you to Pierre and Hannah, our two very competent group leaders, and their Noyal Chatillon leader, Catherine Bouthemy at the Centre Jeunesse.”

During the four day programme, the Longford delegation stayed with host families and took part in a programme which showcased Noyal Chatillon and nearby locations including the very historic Mont Saint Michel.

The visit began with a symbolic ceremony at the Town Council offices in Noyal Chatillon Sur Seiche where soil and shamrock from Longford was planted alongside soil and flowers from Noyal – a symbol of the continuing and growing bond between the two communities.

Among the highlights for the group was the seven kilometre pilgrimage walk across the bay at Mont Saint Michel and the very moving visit to a German Military Cemetery where almost 12,000 World War 2 soldiers are buried.

Speaking about the successful visit, Longford County Librarian and member of the Longford Twinning Committee, Mary Carleton Reynolds, said; “Following this visit, our Twinning relationship is stronger than ever and we look forward to welcoming the Noyal Chatillon Sur Seiche delegation to Longford next year.

“We are very grateful to all the host families and to the students from Meán Scoil Mhuire and St Mel’s College who were great ambassadors for Longford throughout the visit.

“Throughout the four day programme, the Mayor and the members of the Comite Jumelage of Noyal Chatillon worked tirelessly to make the visit a great experience for all who attended and the local people surpassed all expectations with their kindness and hospitality to the Longford delegation,” she concluded.