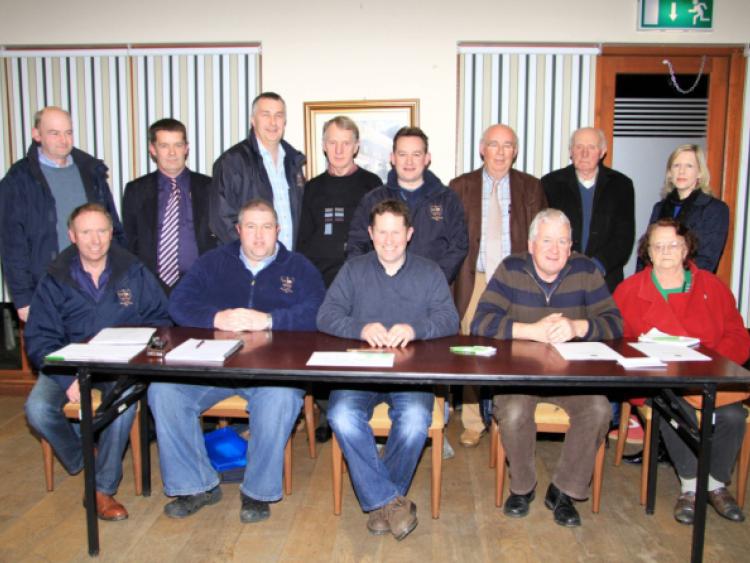 Fergus O’Toole has taken over the reins as Chairperson of Longford Vintage Club Limited from Harry McKenna.

Fergus O’Toole has taken over the reins as Chairperson of Longford Vintage Club Limited from Harry McKenna.

There was a very big turnout of members new and old, with outgoing Club Chairperson Harry McKenna welcoming everyone.

In his annual report, Secretary Miceal Nolan gave a very detailed account of activities undertaken during 2013 including the very successful Field Day and Show held in Connolly Barracks, Longford.

Mr Nolan also reported on successful trips to the Transport Museums in Dublin and Belfast.

Treasurer Fergus O’Toole outlined the financial position of the club and Mr McKenna thanked the current committee for all their help and assistance throughout the year.

He informed members in attendance that due to other commitments he would be stepping down as club chairperson.

Pat Kelleher from Longford EDI centre chaired the election of officers and the following were elected to the committee;

The committee of Longford Vintage Club would like to thank Pat Kelleher for overseeing the election of officers, and Michael and staff in The Sin-Bin for the use of their premises.

The next meeting will be held on Wednesday, February 12 in The Sin Bin, Longford Rugby Club at 9pm. New members always welcome.