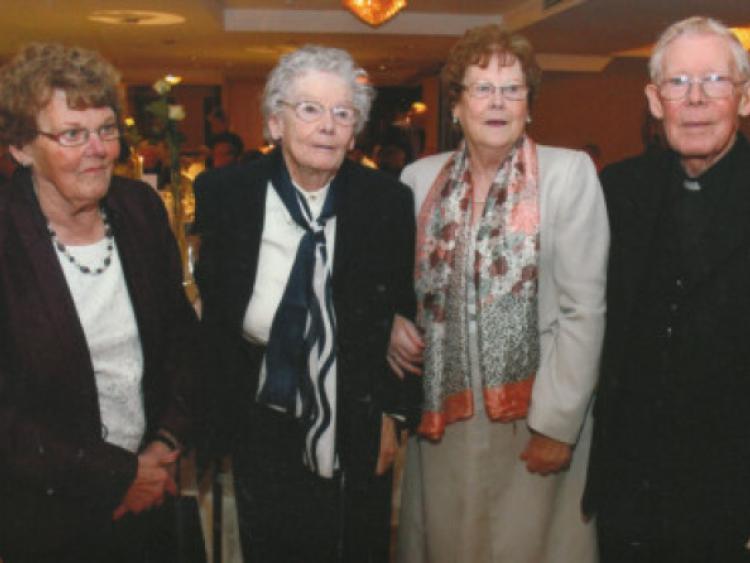 Brother Augustine McCormack, a Brother with the Order of St Camillus, celebrated a huge milestone with family and friends recently.

Brother Augustine McCormack, a Brother with the Order of St Camillus, celebrated a huge milestone with family and friends recently.

A native of Edgeworthstown, Co Longford, Brother Augustine marked his diamond jubilee at the end of September.

The 8th child of 11 to Annie and Owen McCormack, Glen, Edgeworthstown, Brother Augustine’s first experience with the Camillian Brothers was as a young boy in Edgeworthstown.

Having seen the Brothers cycle into town from their work in Rathowen, Brother Augustine explains that he thought about how fantastic it was that they were taking care of others who perhaps had no-one else to take care of them.

However, he admits he didn’t think of them again until Christmas Eve night many years later, when he made up his mind to look into the Order of St Camillus. “

“To look back on it now, it doesn’t seem like 65 years” he admits. “I have never regretted a day of it”.

Brother Augustine spent many years away from Ireland, working in and visiting places including the UK and Italy. On his return back to Ireland, Brother Augustine was assigned to a position in finance and promotion in Killucan for just five years.

“Don’t take a job on for five years” he joked, revealing that he had remained there for more than 41 years.

A number of events were held to celebrate the Edgeworthstown native’s Diamond Jubilee. The 60th anniversary was first marked on the day with a party in the Bloomfield House Hotel, where the local community, helpers and Brother Augustine’s immediate family gathered to celebrate. Throughout the week, Brother Augustine was given the chance to celebrate with his family and friends as well as neighbours and the residents and staff of the nursing centre. The week’s events came to a close that Friday, as Brother Augustine was joined by 135 people including his sisters, nieces and nephews, neighbours and friends at a Mass in Killucan before they moved on to the Annebrook House Hotel, Mullingar.

A final celebration was held on Sunday, November 10, as Brother Augustine was presented with a bog oak sculpture by Bishop Francis Duffy. The sculpture depicted St Camillus carrying a sick man in his arms, and was greatly appreciated by Brother Augustine, who added his thanks to Fr Pat Lennon and Clem Sullivan for their parts in organising the occasion.

Thrilled with the amount of congratulations and well wishes received, Brother Augustine happily reports “I’ve never felt so happy in my life. I’m happy as could be!”

Though now retired, Brother Augustine continues to visit the St Camillus nursing centre in Killucan, where he takes care of Liturgical matters, as well as chatting to the residents both about all things spiritual and days gone by.