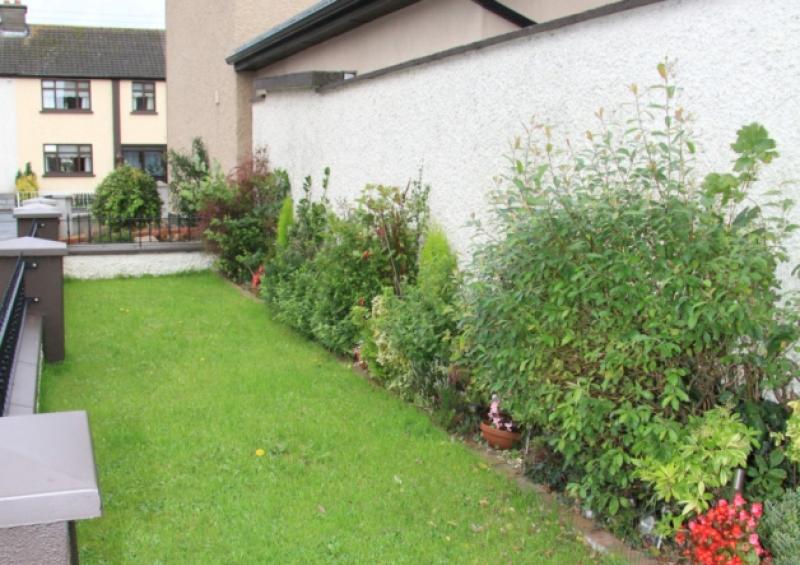 Cllr Gerry Warnock defended the honour of his family during a protracted Longford Town Council debate on the proposed disposal of a piece of land for €10.

Cllr Gerry Warnock defended the honour of his family during a protracted Longford Town Council debate on the proposed disposal of a piece of land for €10.

The property at 26 Annaly Park, owned by the Town Council and previously described as being the ‘size of a postage stamp’, was maintained by Cllr Warnock’s late mother.

And the council indicated it was prepared to sell the land, under a Section 183 Notice, to the woman’s family for €10 as a commemoration to the deceased.

Cllr Warnock excused himself from the October meeting when the matter was discussed and he queried why Cllr Mae Sexton had stated ‘the Standards and Ethics in Public Office needed to be looked at in respect of this disposal’.

“I’d like public clarification on what was being eluded to. This is casting a shadow over the honour of my father, who served 40 years in politics and myself,” remarked Cllr Warnock.

Cllr Sexton said she didn’t have to answer that question and highlighted she’d a number of problems with the minutes of the October meeting. Including why a motion she proposed at the September meeting was not acted upon.

Cllr Michael Connellan confirmed he seconded Cllr Sexton’s motion however after some issues were clarified he changed his opinion by the October meeting.

Cllr Sexton said Cllr Connellan cannot retrospectively change his mind. She contended the disposal be deferred pending a solution to a legal problem and she also questioned why the property wasn’t advertised for sale and being disposed of to one person only.

She circulated correspondence indicating that since her proposal in September didn’t appear in the minutes that legal advice she subsequently obtained was that there was no record of it.

“It is regrettable. I’m casting no aspersions on anyone. I’m attempting to have the minutes amended.”

Town Clerk Dan Rooney said events at the meeting ‘overtook’ Cllr Sexton’s proposal and he ‘strongly resented’ the tone of her letter that suggested he ‘deliberately withheld information’.

“Anything I do is above reproach and legally I’m only required to record decisions.”

Cllr Tony Flaherty said in his twenty years as a councillor, no Town Clerk withheld information and he proposed inviting the council’s legal advisor to a meeting.

Mayor Paul Connell said he served with Cllr Warnock’s father and added: “There is no way your father did anything wrong. It was an honour to serve with him.”

He suggested it was difficult to remember each and every detail of a meeting and that he’d be seeking legal advice on the matter himself.

Cllr Sexton insisted that her proposed amendment to the minutes be recorded to make them factual and Cllr Brendan Gilmore replied by saying there was no counter proposal.