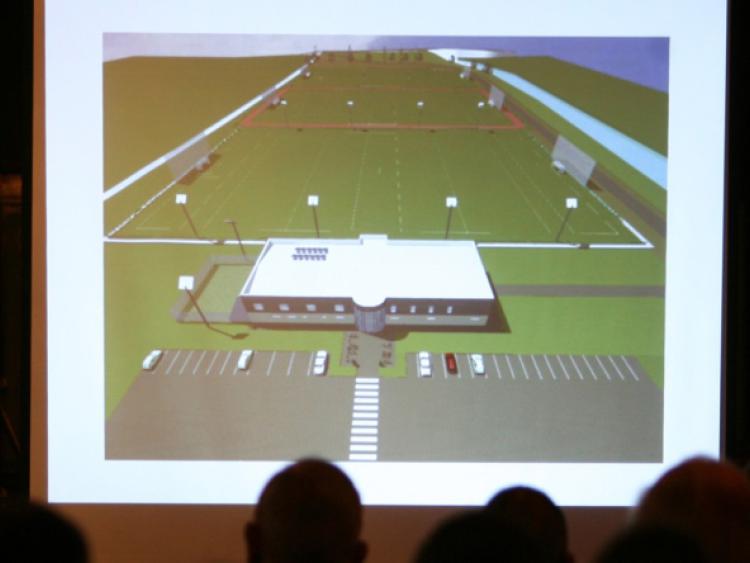 Heralded as ‘A Project for Our Future’, Longford GAA’s ambitious plans to develop a €3m state of the art Centre of Excellence on a site at Lyneen in Killashee have been scrapped.

Heralded as ‘A Project for Our Future’, Longford GAA’s ambitious plans to develop a €3m state of the art Centre of Excellence on a site at Lyneen in Killashee have been scrapped.

On economic grounds, Longford GAA County Board delegates last night voted unanimously against proceeding with the project which was launched in a fanfare in November 2009 by then GAA President Christy Cooney.

The 41 acres site at Lyneen was purchased for €400,000 and the proposed development was to consist of 3 new full sized training pitches, a two storey club house with 8 dressing rooms, 2 physiotherapy rooms, 2 equipment rooms, a first aid room, a referee’s dressing room, a gym, dining/team meeting room and a viewing area.

The development was also due to include the installation of a foul water treatment plant and percolation area, surface water drainage works including petrol interceptor and attenuation tank, 130 car parking spaces and 8 coach car parking spaces, a tractor shed, a running track, road lighting and widening of the existing entrance and creation of a new internal roadway.

Longford GAA Secretary Peter O’Reilly confirmed to the ‘Longford Leader’ that the decision to pull the plug on the project was due to economic reasons.

While admitting he was ‘disappointed’ the Lyneen project wasn’t going ahead, he didn’t rule out the prospect of developing a county training centre at some stage in the future.