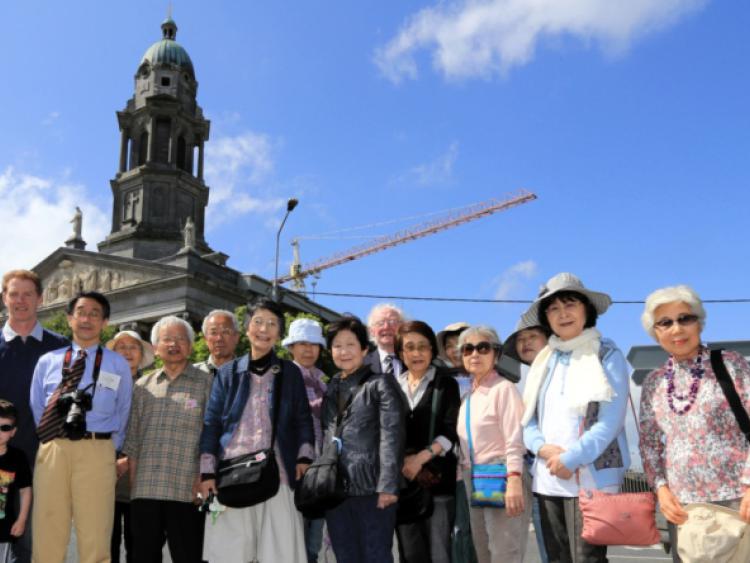 A group of visitors from Japan were given a guided tour of the county recently, as they came to Ireland to learn about Irish culture.

A group of visitors from Japan were given a guided tour of the county recently, as they came to Ireland to learn about Irish culture.

Local man, Cathal McWeeney met the group while on a trip to see his daughter in Japan. He explains that they all had a keen interest in Irish culture, particularly literature, mythology and art.

On Saturday, June 29, Mr McWeeney took the group on a guided tour of Longford, showing them the areas associated with some of Longford’s literary greats, including Pauric Colum and Maria Edgeworth.

The group visited Ardagh Heritage Centre, where they were fascinated by the mythology associated with the area. They were particularly impressed, Mr McWeeney added, with a book created by three Longford students entitled “Midir agus Etain”, with some eager to share the book with their students in Japan.

A visit to Gordon Farrell’s exhibition was a must for the mythology fans, and they admired Ardscoil Phadraig’s artwork on the Market Square. The group ended their tour with a trip to Clondra Harbour.

“They definitely have an interest in returning” Mr McWeeney admits, adding that should they decide to return, Longford has plenty more to offer them.