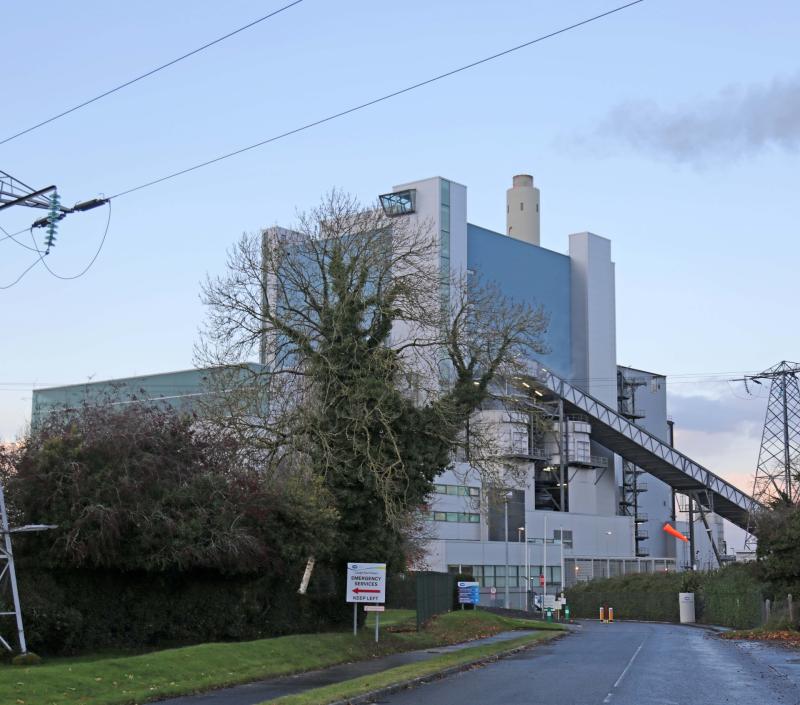 ESB has revealed that it intends to develop a huge battery energy storage facility in Longford on the site of the former Lough Ree power plant in Lanesboro which it intends to demolish.

The generation of electricity at the ESB's Lough Ree Power (LRP) Station in Lanesboro controversially ended on Friday, December 18, 2020 and while there was vehement political and local opposition to demolishing the massive structure on the 13.1 hectare site in the townlands of Aghamore and Lanesboro, Eircode N37E180, ESB has pressed ahead with their plans to so.

On April 1, they lodged plans with Longford County Council indicating their intention to demolish the existing LRP station (as approved under Longford County Council reg.ref 01/115 ' An Bord Pleanala Ref. PL14.125540 and all subsequent permissions); and to develop and operate electricity grid services - namely a battery energy storage storage system (BESS) and a Synchronous Condenser (Sync Con).

The proposed development comprises two distinct phases of activity - the initial demolition and site reinstatement (Phase 1); following by construction and operation of the new BESS and Sync Con (phase 2). Planning permission is being sought for a duration of ten years.

The planned Battery Energy Storage System (BESS) will have 75 megawatt capacity and comprise of 19 battery storage units as well as the structure to support the 200 MVA rated Sync Con. and related buildings and services. (see full details below). 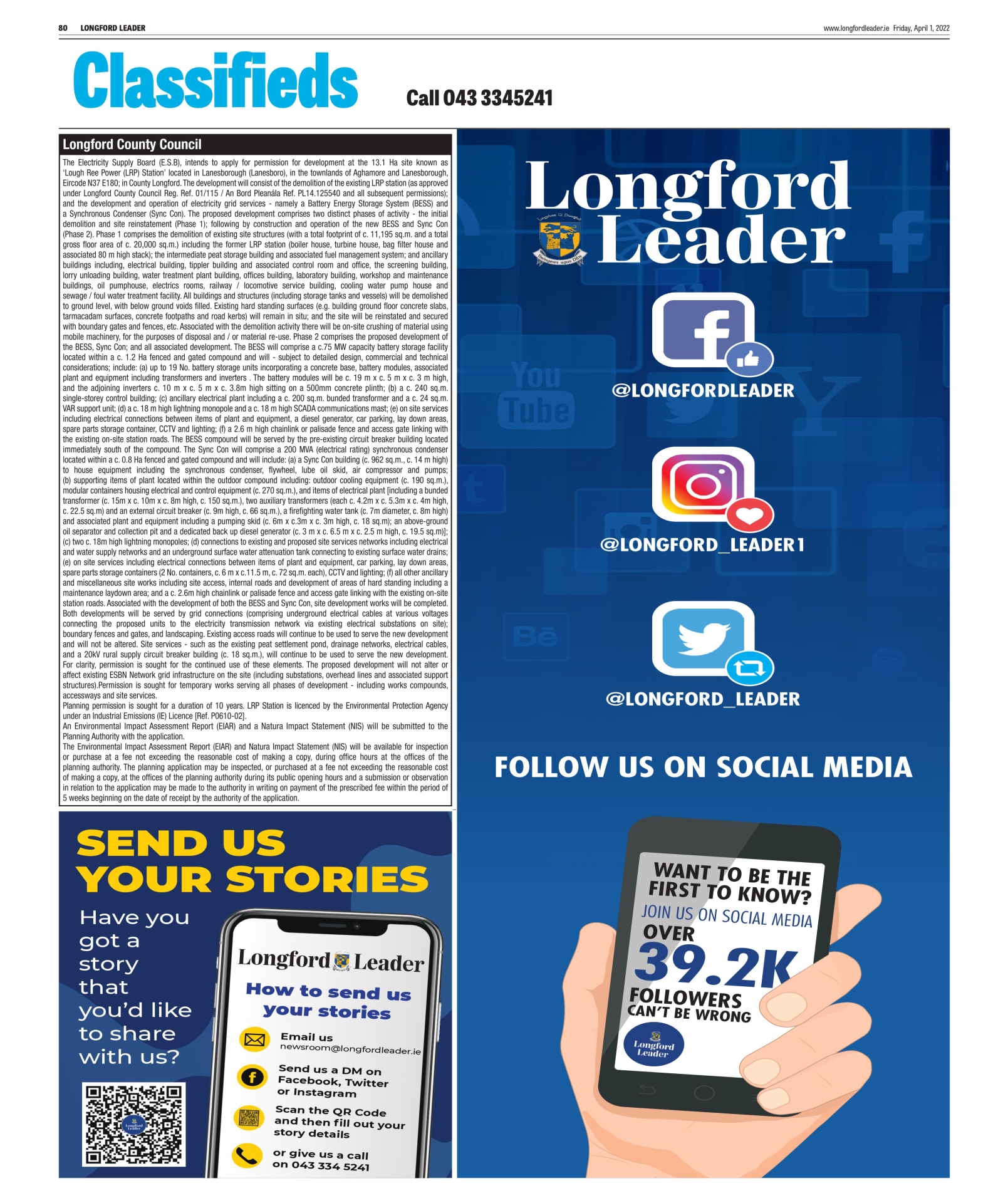