OPINION: A look at the issue of problem gambling ahead of Punchestown 2022 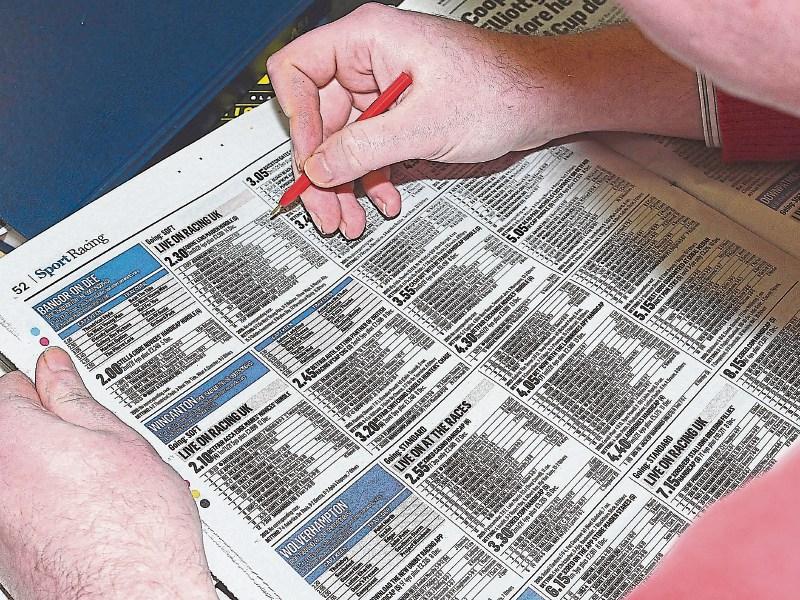 OPINION: A look at the issue of problem gambling ahead of Punchestown 2022

There was a time and a very good time it was, when you could only place a bet on a horse race. It gradually expanded to team sports, just about all team sports, before it invaded every area of life and human activity.

Indeed, it's nigh on impossible to think of something you can't have a bet on these days.

There was a time too when gambling — at least in this country — was limited to horse racing events in Ireland and the UK.
And bookie offices closed at a decent hour.

But there are so many opportunities to gamble today it’s little wonder that it has become a major problem for society and young men in particular.

In Ireland we’re more fond of it than most nations on earth.

We’re in third place (the table reads Australia, Singapore, Ireland, Canada, Finland and Italy) based on the amount of money lost in a year, at least according to one set of statistics.

Given the well documented damage that gambling causes, moves are finally afoot here to rein in some of the activities of the betting firms like Paddy Power to make sure our addiction continues to enrich them.

And already Paddy Power has started to lobby against some of the proposals designed to regulate the sector.

According to the Sunday Business Post, the entity which owns Paddy Power and Betfair has criticised several aspects of new legislation, taking aim at plans to require them to issue warnings about the dangers of betting as well as further restrictions on where they can advertise.

It took issue with several aspects of the new Gambling Regulation Bill in a submission lodged with the Oireachtas justice committee.

In the run up to Cheltenham it was remarkable just how often the ad featuring Colm Meaney appeared on the screen.
There he was going on about the rivalry between Ireland and England — as if that influenced the thinking of most gamblers — in a bid to muster up enthusiasm for gambling at the Cheltenham festival.

Millionaire ex-footballers Peter Crouch and Steven Gerrard who have also allowed themselves to be associated with efforts to get people to bet more often, by advertising for gambling outlets.

The Punchestown Festival, like Cheltenham, is a significant event on the social and sporting calendar. It brings thousands upon thousands of people into the Naas area for the better part of a week and, moreover, it brings together some of horseracing's finest trainers, jockeys and horses.

For the major betting companies the festival is nothing more than an opportunity to boost profits at the expense of you and me.

And gambling has become much larger than that. The prevalence of online gambling often in the form of virtual casinos means that you can gamble 24 hours a day, seven days a week.

Less than a year ago Gambling Awareness Trust said there are around 55,000 problem gamblers in Ireland.

For the last number of years, according to The Journal, there has been a dearth of substantive data in this area in this country and psychiatrists and counsellors have consistently said that it will be important to fully understand the scale of the problem in Ireland before it can be comprehensively tackled.

Some estimates say the number of problem gamblers in Ireland could be far higher. However, one area that was also highlighted in the GAT report is how far behind Ireland is in terms of treating people with severe gambling problems compared to other countries.

And, when the government finally enacts landmark gambling legislation, the treatment of gambling issues should be at the forefront of their efforts according to campaigners.

The GAT report said: “HSE service provision is not specialised but part of a general ‘toolkit’ for managing drug and alcohol addiction.

Regional discrepancies characterise the public system and make it difficult for gamblers experiencing problems to access services in their areas. Private services exist but are expensive. Screening for gambling addiction is virtually non-existent and makes it difficult to interdict those at risk of developing significant problems with harmful gambling.”

All the evidence points to the fact that we are a long way down the road of a serious gambling problem in Ireland.