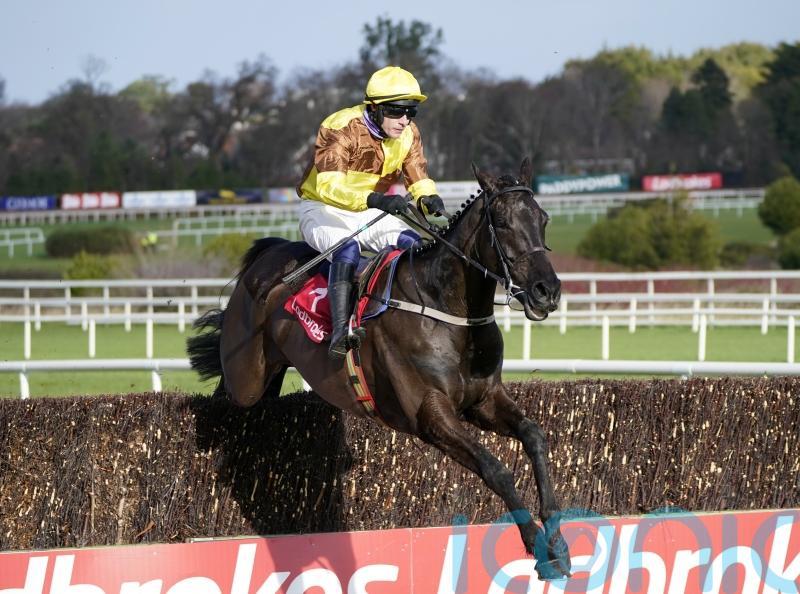 Galopin Des Champs bounced back from his Cheltenham Festival mishap with a dominant display in the BoyleSports Gold Cup Novice Chase at Fairyhouse on Easter Sunday.

Hugely impressive on his first two starts over fences, the Willie Mullins-trained six-year-old was poised to complete his hat-trick in the Turners Novices’ Chase at Prestbury Park last month.

But after shooting clear of Bob Olinger and jumping the final fence in a commanding lead, there were gasps from the packed grandstands as Galopin Des Champs crumpled on landing and parted company with Paul Townend.

Faced with just three rivals, the French import was the 2-11 favourite for Fairyhouse’s Easter Sunday feature and stamped his class on the two-and-a-half-mile contest in no uncertain terms.

Having jumped and travelled well throughout, Galopin Des Champs powered clear on the run to final obstacle – and this time he made no mistake as he fiddled his way over and galloped away to beat Master McShee by 18 lengths.

Paddy Power make the hugely exciting gelding their 4-1 joint-favourite for next year’s Cheltenham Gold Cup along with this season’s runaway winner A Plus Tard.