Elliott mounts twin assault on Grade One prize at Naas 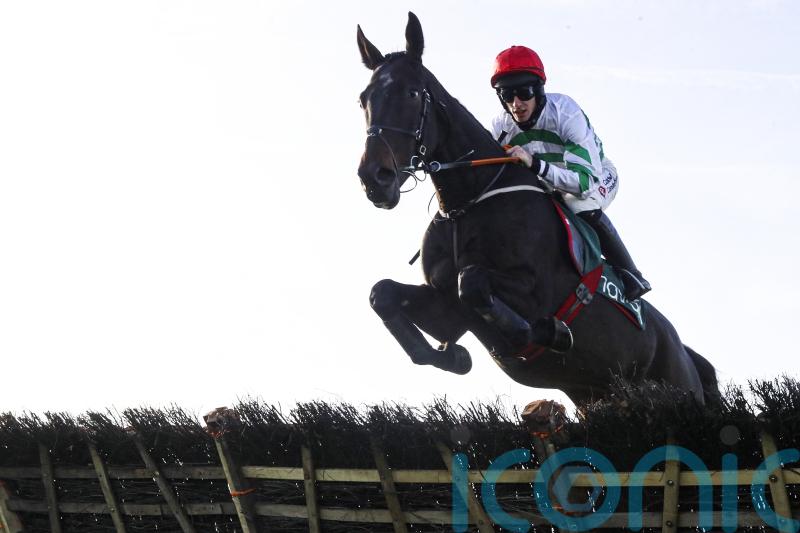 Gordon Elliott holds an incredibly strong hand in his bid to win the Lawlor’s Of Naas Novice Hurdle at Naas on Sunday for the fourth time in six years.

Elliott runs both Ginto, unbeaten in two over hurdles including a Grade Two at Navan last time out, and Hollow Games, a Grade Three winner at Navan himself.

Both are owned by Noel and Valerie Moran’s Bective Stud with Davy Russell maintaining his partnership on Hollow Games and Jack Kennedy declared on Ginto.

Elliott said: “Ginto looks like he could be anything. He’s a horse for the future. He looks to be a chaser and was bought to be a chaser, so whatever he does over hurdles is going to be a bonus.

“Hollow Games is a nice horse. He doesn’t do anything flashy at home, but he’s always there for you on the racecourse.

“They both deserve to take their chance in a race like this and we’re looking forward to it.

“There are different opinions from different lads in the yard and if either of them win I don’t mind. They have the same owner so there is no pressure.”

The chief threat to Elliott’s pair appears to be Willie Mullins’ Whatdeawant.

He beat Ginto in a bumper last season but has only one run over hurdles under his belt, a win at Navan.

“Whatdeawant has surprised us on the track. His form is better than his home work, which is always a great sign,” assistant trainer Patrick Mullins said.

“He’s a very uncomplicated ride. He stays well, but showed a good turn of foot to beat Ginto in his bumper. On that form we’d have to be very hopeful going into this race – it’s competitive with Ginto and Hollow Games, but we’re expecting a big run and hopefully he’ll continue to surprise us.

“It’s nice to have a horse in training again for the Mulryans (owners). We had Ballyamber around 20 years ago for them, who won a lot of races and there were a few others as well, but they came back to us with three or four horses last year and Whatdeawant is the best of them at the moment. Hopefully he will show that on Sunday.”