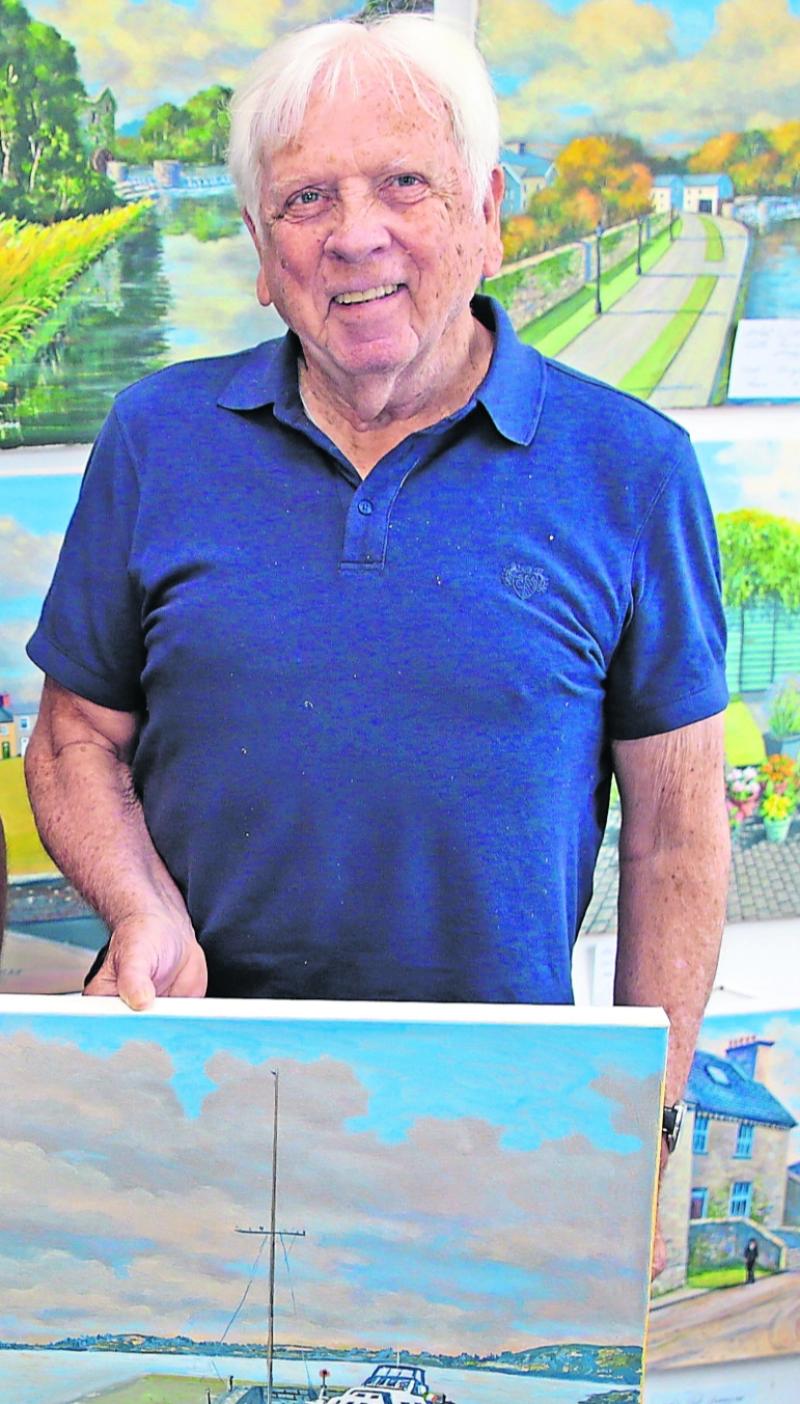 After eleven days of mourning the British people laid their monarch, Queen Elizabeth, to rest in a solemn ceremony at Westminster Abbey.

Britain's new King Charles, his sons William and Harry and other senior royals followed Queen Elizabeth's coffin through the silent streets of London with the appropriate pageantry associated with the longest serving queen in British history, if not in fact human history.

Hundreds of thousands of people crammed into central London to witness a ceremony attended by world leaders, church leaders and royalty from across the globe. Across the globe an estimated four billion people joined them by tuning in to the broadcast of the historic funeral.

Among them was Pat Hourican, who sat through the four hour ceremony in his Longford home. For Pat there was a particular poignancy about the day. Pat is an artist who has twice sent work to Buckingham palace.

So taken with he image of Britain's Queen Elizabeth meeting Pat O’Connell of K O'Connell Fish Merchants at The English Market in Cork City on her State Visit to Ireland in 2011 Pat created a watercolour image of the encounter and sent it on to the Palace.

Some months later the artist received a correspondence from the Royal Household thanking him for his artwork. 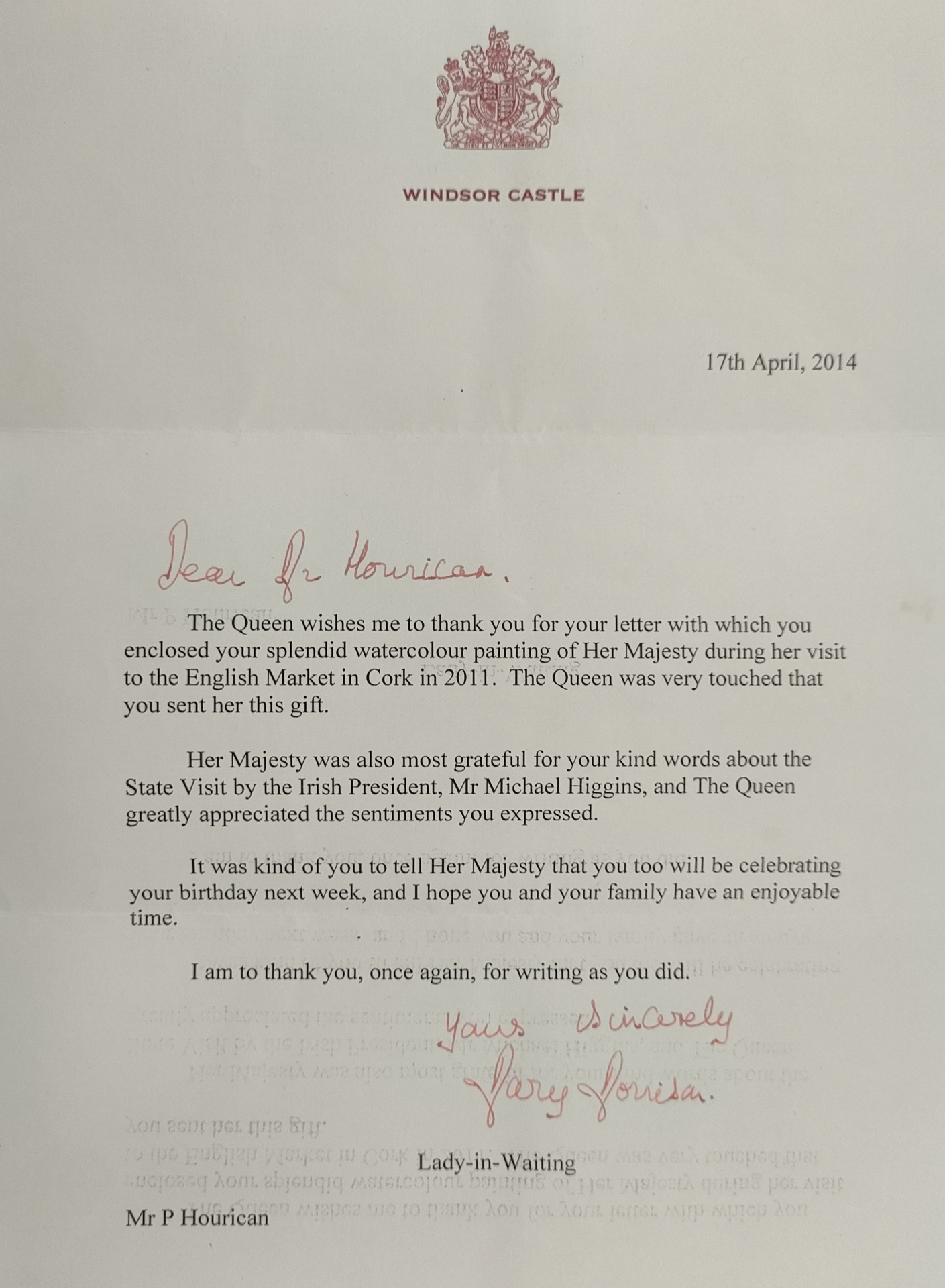 When the Queen celebrated her 90 birthday on April 21 Pat wrote to her again, as his own birthday falls on the same day: Again the Royal Household replied to his letter containing his art.

Pat said he felt compelled to paint the picture of the 2011 visit: “She was just laughing out loud. The photograph just struck me, it was so natural. I painted the two of them in watercolour and sent it on to the palace. I was surprised when they sent the reply,” he told the Leader. 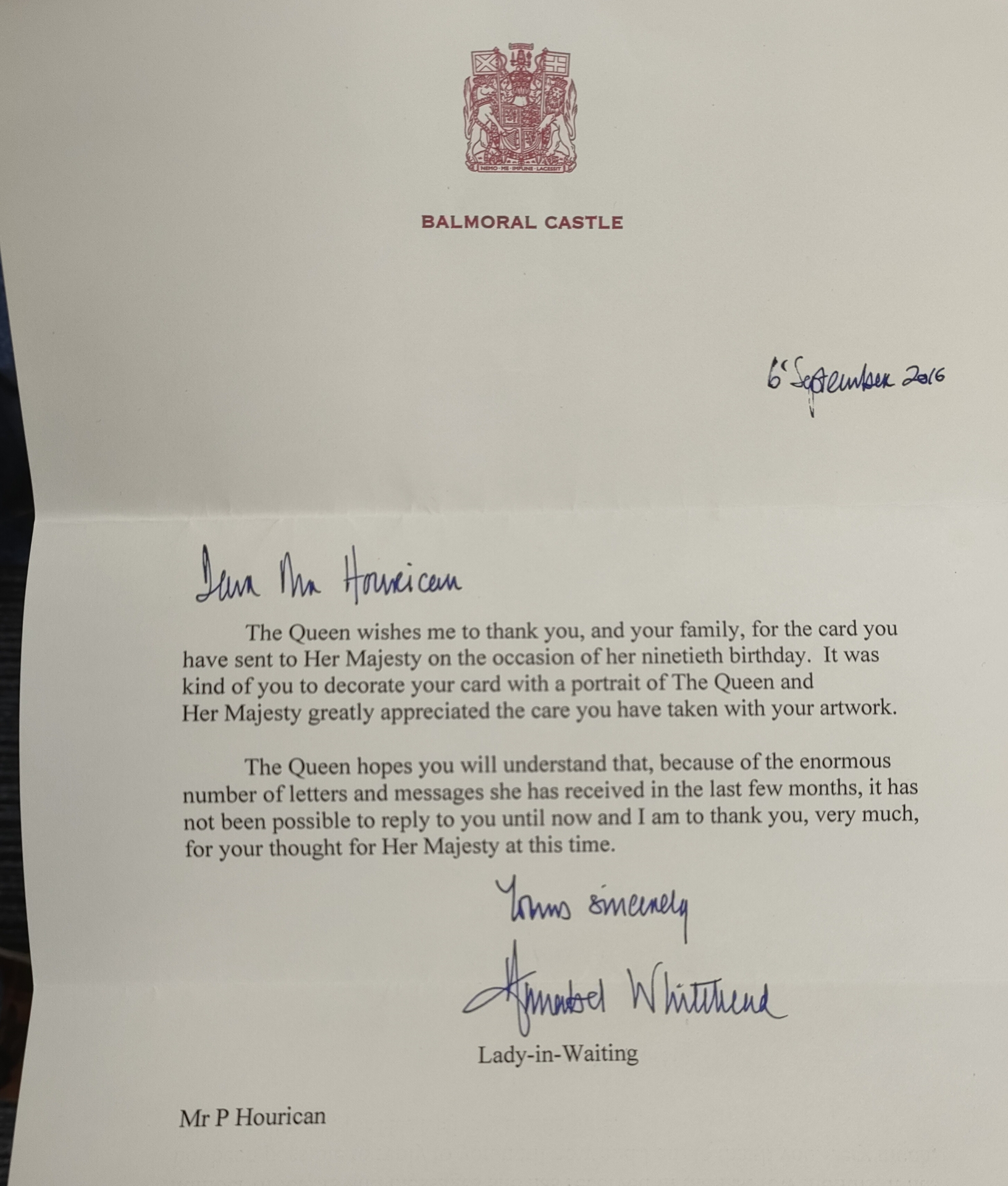 Pat was impressed by the late queen: “I would have liked to have met her. I though she was not only a wonderful person, but a great world leader. She was a great example to other leaders that come and go, while she stayed the course.”