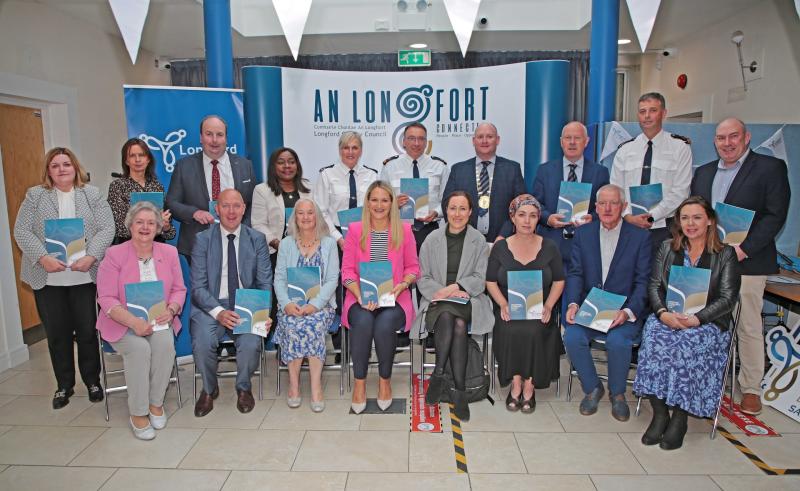 Justice Minister Helen McEntee officially launched what is the first blueprint of its kind to be rolled out across three pilot areas which were selected by government chiefs almost two years ago.

The plan, which is to run until 2024, was laid bare in front of a select group of invited guests and local dignitaries at Longford County Council headquarters on Monday.

Its aim, in bringing all services at local community level together to serve as a forum for discussion and decision making on key inter-communal issues was given a ringing endorsement by Ms McEntee.

“There is so much in this plan both collectively and collaboratively that gives me absolute confidence that will help to bring back a sense of community that has been lost and re instil a sense of pride that perhaps hasn’t been (there in the past),” she said.

“I want people to be proud of the area they live in, to feel safe in their homes and place of work, that people who visit feel safe and children to play and learn safely in their communities.”

The 94 page document was launched on what was the anniversary of the Partnership’s inaugural meeting, setting out six priority areas with 17 overall objectives.

Among them includes targets to increase garda visibility, to improve the public image of Longford while also developing a multi-agency approach to address various challenges in key designated areas of interest.

Ms McEntee described the publication itself as a “living, breathing document” that promised to deliver on one of its essential, overarching factors-improving and delivering sustainable change for communities across Longford.
“It’s not just about statistics and facts, it’s about people feeling safe,” she said.

“It’s much more than crime figures, it’s about people feeling safe and proud of their communities.” 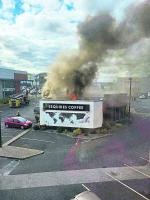 The owners of a Longford restaurant extensively damaged by fire this week have said it is their “full intention” to return the premises to its former glory.

PICTURES: Out and about enjoying Day 1 of the National Ploughing Championships

The Fine Gael minister said the end result of several months of public consultation had set a high benchmark for other counties to aim for, sentiments which were shared by Community Safety Partnership Chairperson Martina Moloney.

“Being safe and feeling safe in our community is a vital contributor to our quality of life,” she said.

“That is why this Community Safety Plan is so important and represents a wonderful opportunity for County Longford to shape its future and ensure community safety in Longford is a key priority.”

The latter told of how the Commission on the Future of Policing In Ireland report, published in 2018, recognised that community safety and policing were not the sole function of the Gardaí alone and that multi agency partnership approach represented a more considered and optimum approach towards tackling crime from a grassroots level up.

On Monday, Longford and its citizens were given the first glimpse of how that new ethos intends bringing about that cross-organisational shift in how communities are not just policed but in the ways they interact and work together.

All that needs to happen now is for the plan to deliver on those well laid proposals.